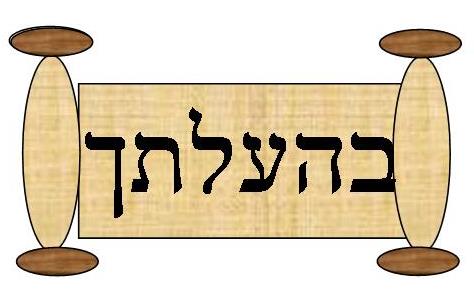 In the opening verse of chapter 12 in this week’s parashah, it states: “Miriam and Aaron spoke out against Moses, the Cushite woman he had married, for he had married a Cushite woman. They said: Was it only to Moses that G-d spoke? Did he not speak to us as well? And G-d heard…” There are many questions that arise from this statement, including the following: 1) why would Tzipporah, who had converted to Judaism, still be described as a Cushite – a Midianite? 2) Why does the Torah first report Miriam and Aaron speaking harshly, i.e. va-te-dabber, whereas in v.2, the expression vayomru, they spoke, i.e. in a friendly manner, is used? 3) If one reads the Hebrew text, one will note that the opening sentence is in the feminine and in the singular, though both Miriam and Aaron are listed as doing the speaking. In v.2, however, the Torah employs the word vayomru, which is in the plural form. 4) Why does the Torah use two successive diminutive expressions such as ach and rak? 5) What are the words G-d heard supposed to teach us? Does G-d not hear everything?

The Alshekh offers his interpretation of these events and puzzling issues. He explains that we have a tradition that Moses was king in a country called Cush for 40 years – prior to becoming leader in Israel. While king, he had married a local woman who had converted, but had not consummated that marriage. Miriam and Aaron criticized Moses for divorcing Tzipporah who had been a Jewess already when he had married her. They criticized his reason for divorcing her. If it had to do with Moses’ status as a prophet, they felt that the difference in status between themselves and Moses was not all that great, since G-d had talked with them as well in broad daylight. This is banu dibber, i.e. He spoke DIRECTLY to us. This was as if to say that they maintain normal family relations with their spouses considering the fact that they have a high degree of holiness, and why therefore, cannot Moses do the same?  Moses’ behavior seemed overbearing to them. The words ach and rak refer to Aaron and Miriam respectively. They both did not require an angel as an intermediary when G-d communicated with them.

Since the Torah reports Miriam and Aaron as speaking in the third person about Moses, i.e. he married, He spoke with Moses, it is clear that they were too modest to confront Moses directly with their criticism. The reason G-d singled out Miriam for punishments was that the more serious accusation came from her. This is why she is mentioned as va-te-dabber, i.e. she spoke harshly. When it came to amirah – the more friendly kind of criticism – Aaron also did his share. This is why it says vayomru, they said. It is natural for Miriam, a woman, to be upset that her sister-in-law also a woman had been abandoned by her husband. This sentiment could not be shared entirely by Aaron, a male. Tzipporah’s abandonment might give rise to outsiders viewing her as unworthy to be Moses’ wife. Since Miriam and Aaron considered Moses’ motivation as due to his holiness, not to his trying to denigrate Tzipporah in any way, vayomru, they couched their criticism in a friendly manner.

G-d heard, is to underline that even if evil gossip – lashon hara – is not motivated by malice, as in this instance, and even if it’s purpose is constructive – such as protecting the reputation of Tzipporah – G-d reacts to it.  How much more so will G-d react to malicious slander??!!  Also, if G-d reacts in this manner when there was no confrontation with the object of the gossip and therefore no embarrassment for him, how much more serious would be such talk when it causes embarrassment to the person who is subject to such talk. Since Miriam and Aaron, whose remarks had been overheard only by G-d, were disciplined, how much more would others whose remarks are heard by fellow human beings be punished for such talk?