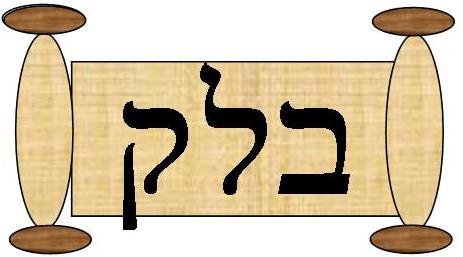 What is the true message of an entire Torah portion of Balak dedicated to the hiring of a Gentile soothsayer to curse the Israelite nation – but whom instead becomes inspired to bless Israel and portray the ultimate messianic destiny of Israel in the most exalted and majestic of poetic metaphors? Are there indeed individuals with true power to foretell future? And if indeed Balak is a superior human being with profound prophetic insights emanating from a Divine source, why does the Torah triumphantly record the fact that “Balaam Ben Beor the magician” was killed by Israel with the sword together with the corpses of our Midianite enemies during the conquest of Israel (Joshua 13:22)? And why does our Biblical text juxtapose the sublime poetry of Balaam with the seemingly ridiculous tale of the talking donkey?

Rabbi Shlomo Riskin explains: I believe that the entire portion of Balaam is a study in contrast between the legitimately earned prophecy of Moses and the venally inspired sorcery of Balaam. The Torah understands that there exist individuals who seem to have been born with special powers: superior physical strength, a phenomenal photographic memory, sharp vision which can penetrate the thickest of partitions, intense concentration that can cause physical objects to explode, and can perhaps even bring messages from the dead.  There is even a difference of opinion amongst our Sages as to whether such phenomena reflect actual occurrences or are merely slight-of-hand trickery.

In a later generation, the arch-rationalist Maimonides calls all pronouncements emanating from supernatural communications and insights – including the writing and wearing of mystical amulets (kameyot)- “false and vain”, bordering on idolatry (Maimonides, Mishneh Torah, Laws of Idolatry 1, 16 and Guide, Part 1, Chapter 61); on this basis, Rav Yosef Karo similarly dismisses all magical incantations as “not availing in the least,” but merely exercising positive psychological influence upon individuals in distress (Shulhan Aruch, Yoreh Deah, 179, 6). The Vilna Gaon, on the other hand, suggests that Maimonides’ philosophical study “misled or corrupted him,” insisting that there are amulets and incantations, perhaps and perhaps even communications from the beyond, which are rooted in the sacred and the divine. Perhaps the most important and representative view on the issue is presented by Rav Shlomo Ben Aderet (Rashba, Responsa 548), when he had to judge the credibility of a Reb Nissim who claimed to have received the messages from an angel; the great Talmudic scholar Rashba insists that divine communication akin to Prophesy can only rest on one who is truly wise and pious, strong and courageous, and sufficiently wealthy as to not be in need of monetary contributions from those seeking his advice. Claims, and even what seems to be empirical facts, of supernatural abilities by individuals who are not outstanding in Torah scholarship and piety dare not be taken seriously – at the risk of flirting with idolatrous and even demonic blandishments.

The truth is that the Bible is indubitably clear when it warns us against seeking after any manner of magic or sorcery and exhorts us to be whole-hearted and pure in our service of the Divine (Deuteronomy 18:9-14). Our prophets did not major in futuristic prophecies but rather in chastising towards more ethical and genuine behavior; they certainly did not take remuneration for their words. And individual devoid of the proper – difficult to acquire – intellectual and spiritual prophetic attainments who makes pronouncements which even may appear to be vindicated by future discoveries is no better than the “talking donkey” in our Torah portion; a prophet of G-d must first and foremost be a model of Torah scholarship and piety.

Moses was a prophet of G-d; Balaam was a soothsayer. Moses sought Divine truth while Balaam yearned for gold and silver. The conclusion of our Torah portion is most succinct and specific: ”There is no sorcery for Jacob or magic for Israel.”