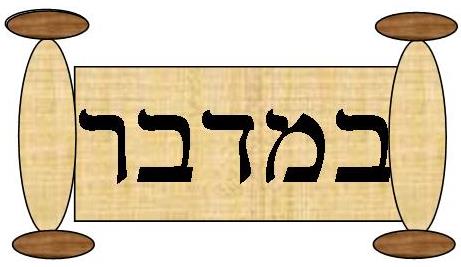 God commands Moses to take a census of the Children of Israel according to their families and their fathers’ household. The Israelites follow this command and do everything that God instructs. Immediately following this census, the Israelites are commanded to “encamp, every man with his standard according to his ensigns according to the insignias of their fathers’ household, at a distance surrounding the Tent of Meeting shall they encamp” (Numbers 2:2). The Alshekh asks the following questions: 1) Why, when looking at the Hebrew, is this commandment phrased as if it applied to individuals, i.e. ish a man, rather than collectively?  2) The Torah, in relation to the tribes, discusses the direction of their encampment preceding the camp leaders. With regard, however, to the camp of Judah, we read about the direction of the camp PRIOR to the camp leaders. 3) Why does the Torah vary the manner in which it introduces the second tribe in each encampment from the others? The Midrash describes that there was some jealousy between the tribes concerning their positions around the tabernacle, as well as the order in which they would travel.  God told Moses to tell the tribes that they would occupy the same positions as their founders had occupied when they carried Jacob’s bier to burial in the cave of Machpelah. This is recorded in the Torah by the words “according to the ensigns of the houses of their fathers” (v.2). There are two other areas in which jealousy could manifest itself. 1) The 4 camps, each sharing 1 flag between them could be jealous of the composition of each camp, i.e. the tribes that had been assigned to be part of the same camp. 2) The camps that had been assigned to travel at the rear of the procession could be jealous of those marching in front. Ephraim, for instance, could be jealous of Reuben and Judah, and Dan of all the others. Since the leaders of each tribe could still have felt inferior to the 4 camp leaders, the Torah hints at the positioning of the sons at Jacob’s bier. To avoid Judah boasting that he was the leader, the Torah speaks about “AND those encamping in an easterly direction”, i.e. the other two tribes are described as an integral part of the camp of Judah. Displaying similar sensitivity for the members of the camp of Dan – the rearguard –the Torah, (v.31) states that though they traveled last, it was ‘ledigleyhem’, according to THEIR flags; as if all the other camps were subordinate to the camp of Dan, and not vice-versa. In the case of the tribes Issachar and Zevulun, the Torah writes u-fekudeyhem, THEIR counted ones (plural), to point out that unity existed. Though each one considered himself a separate unit, they related to one another in such a way that each one assumed responsibility for the other’s physical or spiritual well-being (Zevulun providing Issachar’s material needs, Issachar studying Torah and sharing his merit with Zevulun). The reason the Torah writes “the camp of Ephraim according to their armies westward”, is for that it is a compliment to the angels who had become the armies of Israel – as God’s presence is conceived of as emanating from the West (the Holy of Holies being the most western part of the tabernacle).

When the Torah discusses the issue of counting the people of Israel, we learn that this is an act of elevating the Israelites, i.e. numbering them. This was performed through their handing over the half shekel, which formed their ransom money for their sin of the golden calf. This is the reason the Torah employed the term ‘ki tissa et rosh’ – when you “lift the head” when describing their being counted. This is in contrast with the members of the tribe of Levi who had no need to pay a ransom for their soul seeing they had not been guilty of that sin. This is why the Torah introduced the instruction to count the Levites (3:15) with the words “pakad et bnei Levi” – “count the members of the tribe of Levi.” If all this is correct, why did the Torah change its wording when it came to counting the Kehatites and employ the same term ‘Nasso’ when instructing Moses and Aaron to count them? Perhaps the fact that the Kehatites were entrusted with a task such as carrying the Holy Ark and the Table which required them to enter the Tabernacle was a special elevation for them and this is why the Torah wanted us to know this and wrote the term ‘Nasso’. It is a relative term and shows that their function was more highly rated than that of the family of the clan of Gershon, although Gershon was the older of Levi’s sons. The reason that God chose the Kehatites for this task was that they provided “light for the world” in that Moses and Aaron were descended from. It was no more than fair that the branch of the Levites who had produced Moses and Aaron should be the ones entrusted with carrying the Torah, which Moses had communicated to the people. Our verse is careful to say –  ‘meetoch b’nai Israel’, “from the midst of the children of Israel,” seeing that Kehat was the middle son of Levi’s three sons Gershon, Kehat and Merrari.