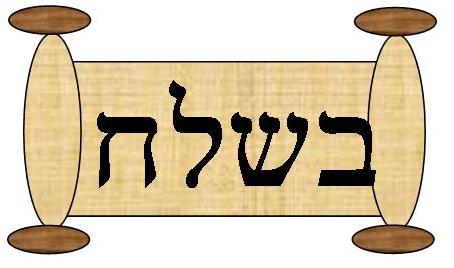 is week’s parshah, the Israelites are finally freed of the long arm of Pharaoh. Prior to their freedom, they did acquire two very basic mitzvot: the brit milah – circumcision, and the Paschal sacrifice. Observance of Pesach and performance of circumcision are a statement of affiliation with G-d and Israel. Beyond basic affiliation, what’s next? How does a Jew get started on the path of Torah?

The very first place in which Israel learned new laws was in Marrah, Sinai Desert. The Torah states that there “He placed a law (chok) and a statute.”  Rashi writes that the law or chok which was beyond comprehension (as indicated by the word “chok”) was the law of the red heifer, that it purifies the impure and defiles the pure. The statutes they learned were about the various laws governing civil matters, as indicated by the word “statute-mishpat.” There is also indication in the next section of the Torah that they knew about Shabbas at that time. Elsewere, Rashi indicates that honoring the father and mother were also taught at this juncture.

What is the source for Rashi that Shabbat and honoring the parents was taught here? In the version of the Ten Commandments found in Deuteronomy, they indicate that these two laws were not new but had been taught elsewhere. Since the Torah states in our portion that some laws were taught, we deduce that the laws taught were those mentioned in the Ten Commandments as having been taught, namely honoring Shabbat and parents.

Rabbi Yehudah Amital of Yeshivat Har Etzion of Israelwas once asked, “Rabbi, we want to start doing Jewish things. Where do we start?” He answered that our parasha today holds the solution. Our first step in our renewal as Jews should be to enhance our performance of basic laws, honoring the parents and other rational laws which might think are not rituals, but which are in fact mitzvot. The second thing to do is a mitzva which is irrational, such as shaatnez, not mixing linen and wool, or kashrut. The third thing to work on is adding meaning to our Shabbat, because Shabbos is at the center of what Judaism is all about.

The Torah tells us that the children of Israel went up from Egypt ‘chamushim’. (13:18).The midrash explains that the word ‘chamushim’ comes from the root “chamesh”- five.” Only one-fifth (some say 1/500 or 1/5,000) of Bnei Yisrael left Egypt. Those who were rich and did not want to leave died during the plague of darkness.  Another midrash says: “Why did God appear to Moshe from a thorn bush? Because just as the thorn bush is the toughest of all trees, so the enslavement in Egypt was the toughest of all exiles.” R’ Yitzchak Arieli (author of Einayim La’mishpat) observes: It would seem from these sources that only a small fraction of Bnei Yisrael were enslaved in Egypt. However, for those who were enslaved, the enslavement was bitter indeed. Those who led a good life in Egypt did not want to leave, and, therefore, they did not merit leaving. Those who suffered in Egypt and did want to leave merited leaving. Even Datan and Aviram who had tried to get Moshe killed – after they lost their wealth [see Rashi to 4:19] and felt the pain of the exile -wanted to leave and so they merited leaving.

And so it is with every exile – those who want to be redeemed merit to return to the Land of Israel.