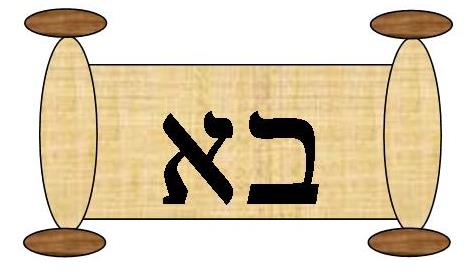 Pharaoh’s heart remains hardened, and he does not allow the Israelites to leave Egypt. Moses and Aaron go to Pharaoh, and tell him that God will send locusts that “will cover the face of the earth so that one will be unable to see the earth…” (Exodus 10:5). The Alshekh explains that the subject of the words unable to see the earth, are the locusts themselves. These locusts will cover the earth in such density, that they themselves cannot see what they are eating, as they can only see the other locusts around them. Normally, he explains, locusts descend on vegetation closely following the areas, which have seeded and have begun to sprout. In this case, arrival of the locusts will be sudden, and they will cover the who! le country simultaneously. This, despite the fact that they will have little to feed on, namely only what the hail has left undamaged. Although they must be hungry, they will only consume what is left ‘lachem’ – to you. They will not touch what belongs to the Israelites, i.e. the province of Goshen. Instead of moving to greener pastures outside Egypt, they will invade the houses, starting with the palace of Pharaoh. The words ‘asher hishir habarad’ – which the hail has left – indicate that what had appeared to the Egyptians as relief at the time, had really been nothing but the preamble to death, as Pharaoh himself describes it in v.17. For the first time, Moses leaves the presence of Pharaoh and his servants without waiting for a response. The servants are so eager to forestall this plague, that they argue with Pharaoh even before Moses could leave the premises. Therefore, Moses and Aaron are recalled for negotiations.

Moses, prior to the departure of the Israelites from Egypt, tells the people: “Speak now in the ears of the people, and let every man ask of his neighbor, and every woman of her neighbor, jewels of silver and jewels of gold (Exodus 11:2).  Later on in the parshah, we read that the Israelites did Moses’ bidding. The Torah states (Exodus 12:35-36) that they asked “…the Egyptians for silver and gold jewelry and clothing, as the Lord had made the Egyptians favorably disposed towards the people they let them have what they asked for. Thus they despoiled the Egyptians.” Nechama Leibowitz elaborates and comments that had this deed constituted the private initiative of the Israelite! s, who had been enslaved, exploited and downtrodden for two centuries. They had been accustomed to the taskmasters’ blows and the casting of their children into the river. Had it been related that they were incapable of taking advantage of the tidings of redemption because of “shortness of spirit and hard work,” that they went and did what they did, despoiling their oppressors and persecutors, no explanation would have been called for. The Torah describes the generation of the wilderness without any idealization, with all its slave mentality, ingratitude, lack of faith and longing for the fleshpots.

In this too, they would have been true to form. But this is not what is related here. On the contrary, Leibowitz reminds us that we are told that the deed they committed was not the fruit of their initiative, but was in response to an explicit, Divine command, transmitted through Moses.  In the verse in 11:2, Rashi enlightens us regarding the true significance of one small Hebrew word appended to the Divine expression of command; a word not usually found in the context of orders and precepts. He refers the word na, an expression of request corresponding to the English “please” and usually translated as “I pray thee,” but here rendered by the word “now”. Rashi comments as follows: Na in this context is an expression of request – pl! ease keep on reminding them, so that the righteous man, Abraham, should not say that God kept his promise of afflicting the Israelites (Gen. 15:13), but did not fulfill his promise that “afterward shall they come out with great substance” (IBID, 14).  Leibowitz concludes that at this early stage in Abraham’s time, the redemption was coupled with the forecast that the Israelite nation would go forth “with great substance.” Therefore, one must regard this transaction ( of taking the Egyptians’ jewels and possessions), not as the spontaneous, impulsive action of runaway slaves, but the deliberate implementation of a predetermined Divine plan, neither unforeseen nor unexpected.