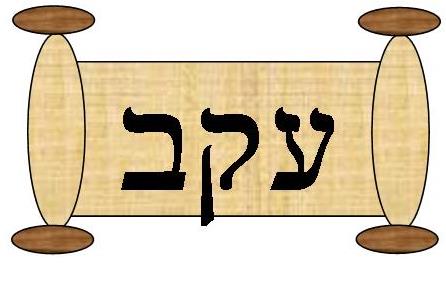 Parshat Eikev begins with a sentence that for the most part is straightforward, except for the word that gives the Parsha its name. “And it shall come to pass, “Eikev”, because you harken to these ordinances (as a result of your hearing) and observe and keep them, that God will keep his covenant with you.” (Devarim 7:12) There follows a lengthy cataloge of the blessings that will follow obedience: God’s love; the fruitfulness of the people, their land and livestock; good health and the defeat of all enemies – material success and well being (what may be likened to a virtual return to Eden, to the life that existed in the land of Eden, in days of old). Consistent with the apparent sense of the sentence,”Eikev” then is most commonly translated as “because” or “if only.” Other translations of “Eikev” include an emphasis on the Brit (the covenantal aspect of the law), and its attendant obligations, in order for it to be fulfilled. Hence “Eikev” is translated as “in exchange for” or “on account of.”

The mystery of “Eikev,” however, is that its literal translation is “heel.” And the puzzle that has intrigued the biblical commentaries, is why the word “heel” should be used in this context, and with such prominence. What special message lies within the use of “Eikev” in the context of the Parsha? The most familiar explanation is that of Rashi (an acronym for Rabbi Shlomo Yitzchaki, France, 1040 – 1105). Rashi teaches that “Eikev” stresses obedience to those Mitzvot, (those commandments) which a person is inclined to treat lightly. “Even if the lighter commands which a person usually treads on with his heels, which a personal usually treats lightly, you will listen to and obey, THEN G-d will keep His part of the Covenant and deal kindly with you.”

The frame of reference here seems to be those Mitzvot which usually don’t get the coverage they deserve because they are viewed as less important, or less pressing in the eyes of the people.

In order to better understand Rashi’s interpretation, Rabbi Yosil Rosenweig explains: I’d like to refer to the comments of the great leader of the Orthodox Jewish community in the 19th century Germany, Rabbi Samson Raphael Hirsch Zt”l (the righteous should be remembered as a blessing). Rabbi Hirsch explains Rashi’s interpretation in an interesting way: The message of “Eikev” is that we must treat commandments, great or small, with equal care and concern, in the sense that we should give no thought to whether our reward for obedience will be great or small. Rabbi Hirsch elaborates by saying “from time immemorial such arbitrary differentiations between laws that are supposedly ‘more important.’ and those presumed ‘less important,’ particularly between the commandments pertaining to the relationship between man and God and those pertaining to the relationship between man and his fellow man, those distinctions have had disastrous consequences for us.” The end of our first era of political independence – the destruction of our first Temple – is ascribed particularly to our neglect of those Mitzvot that deal without relationship with God. And the collapse of our second period of statehood is attributed to our neglect of the commandments that govern the area of human relationships. Hence, Rabbi Hirsch derives from the experience of our past an important insight into “Eikev”. We can expect future happiness only if we will accept God’s Law as a WHOLE, and strive towards its observance in its entirety, without any distinctions. Only as an all-encompassing, complete entity will the Law of God have its intended effect. I might still extend this one step further. In addition to Rabbi Hirsch’s message,”Eikev’s” message to man might also be that we are not to take anything for granted. Nothing should be viewed lightly. Nothing should be trampled on: “And it shall ‘Eikev’ come to pass, because you harken to these ordinances (as a result of your hearing) and observe and keep them, that God will keep his covenant with you.” In other words, if you hear the music in the rustle of the trees, if you do not ignore the simple beauty in everyday life, THEN you will find true fulfillment.

In the realm of Mitzvot (observance), as well as in our outlook on life, nothing can be seen as insignificant. And God exhorts us to pay attention to the ordinary, the regular and the commonplace. Living a life in the fast lane (as many of us lead today), it is so easy to run over and trample on simple beauty and everyday blessing. The Torah, then, in our parsha today, warns us against taking too great a leap in our quest for beauty and bounty. For in the midst of our search and climb, we often miss the first step