In this week’s parshah, we learn about war, and the circumstances surrounding it. The parshah begins by stating: When you go to war against your enemies…” (Deuteronomy 21:10). The Or Hachayyim asks why the Torah needed to write this whole introduction when it would have sufficed to write: “when you see an attractive woman among the prisoners, etc…” The whole of verse one seems extraneous to the subject matter under discussion. Furthermore, seeing the Torah did decide to write: “when you go out to war against your enemies, etc.,” why did we need the words “against your enemies?” Against whom does one go to war if not against one’s enemies? He answers that perhaps the reason is to be found in halakhic relaxations that apply to troops in wartime. A woman such as the attractive woman prisoner mentioned here would be totally out of bounds if not for the fact that she was captured in war; the same applies to other relaxations of the halakhah such as the prohibition of eating the hind parts of the pig. This gave rise to the Torah using a different style in this instance. Seeing that the soldier was aware of the halakhic relaxations which are applicable even to Torah law under conditions of war, the Torah was concerned lest some of the soldiers would actually look forward to the battle in order to avail themselves of these relaxations of Torah law. The Torah was keenly aware of this and reminded the soldier that when he goes to war, his only purpose should be to avenge himself on the enemies of the Jewish people, not in order to have an excuse to indulge in things which are normally forbidden. The words “ki tetzeh”, “when you go out”, are a reminder that although you depart from the normal rules of halakhic restrictions when your life is at stake, your mind must concentrate only on the war, on the battle, not on what you consider as the fringe benefits. The reason that the Torah adds the words “against your enemies,”, is to remind you that your enemies are God’s enemies, as we have been told by David in Psalms 139:21: “ O Lord, You know I hate those who hate You, and I loathe your adversaries.” Your entire reason for going to war must be for this sole purpose. If that will be the case, the the Torah’s assurance: “and the Lord your God will deliver them into your hand” will be fulfilled. From verse 1, you may therefore deduce that unless your motivation is the one the Torah expects of you, your success will not be assured.

The Torah tells us to put up preventive safeguards against damage caused by one’s property, as it states in Deuteronomy 22:8: “ If you build a new house, you shall make a fence for your roof, so that you will not place blood in your house if a fallen one falls from it.” The Alshekh explains that the railing on your roof prevents you from becoming indirectly involved should someone fall from your roof. Even assuming that such a fall would not have occurred if the party falling were not in some way guilty, that person’s guilt might not have been sufficient to cause his death, had you not facilitated it by your negligence. Though both vineyard and fields are wholesome, and though you are to plan both, mixing species that do not belong together is something God knows more about than you do. Similarly, the degree of your contribution to someone falling off your roof due to the absence of a railing is beyond your ability to fathom. 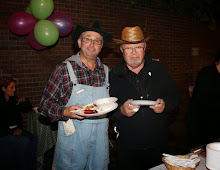