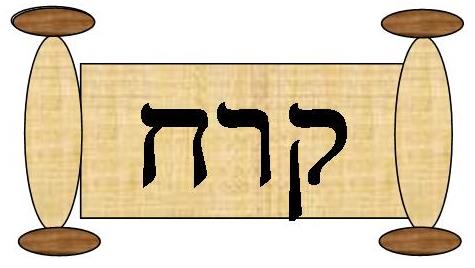 This week’s parashah focuses on Korach and his assembly rallying against Moses and Aaron in the belief that they are worthy of more distinctive roles as Israelites. In discussing controversies, the Malbim draws an interesting and penetrating distinction between two different kinds of controversies. He explains: ‘Our Sages wished to point out that in a holy or heavenly cause both sides are, in fact, united by one purpose, to further unselfish, Divine ends. However, in a controversy pursued for unholy ends and for personal advancements and the like, then even those who have come together on one side are not really united. Each are governed by their own calculations of what they stand to gain and are ready to cut each other’s throats, if it so serves their interests.  This was the case as far as the controversy of Korach and his congregation. Korach was interested in High Priesthood, since he contended that Amram had received the firstborn share as the eldest son of Kehat, in the fact that his son, Moses, had been appointed leader and king over the people. It was therefore only right, so Korach claimed, that the High Priesthood be given to himself as the son of Yitzhar, the next in line of succession. Dathan and Aviram and On ben Peleth, on the other hand, were animated by their considerations in their opposition to Moses. Their grievance lay in the fact that they belonged to the tribe of Reuben who, as the firstborn son of Jacob, was entitled to all the highest offices – that of spiritual and political leadership. Instead, they complained that the priesthood and Divine service had been given to the tribe of Levi and leadership of the tribes to Judah and Joseph. Similarly, the 250 men contended that, as they were “princes of the assembly, famous in the congregation, men of renown”, they should be accorded the priesthood. They were against conferring a hereditary title on a tribe but asserted that individual prestige and distinction should be considered. Ibn Ezra suggests that these 250 rebels were in actuality firstborn who considered that the priesthood was their natural privilege.

Moses, in response, said the following statement to all those who had rallied against himself and Aaron: “Through this shall you know that God has sent me to perform these acts; that it was not from my heart” (Numbers 16:28). The Alshekh comments that it would be totally out of character for a man like Moses who always defended his people, even the sinners, to now announce an especially cruel fate for Korach and his associates. He therefore prefaces his announcement and the impending punishment of the rebels by explaining that only in this way could the fact that he had not appointed himself to a position of leadership be demonstrated. Just as his own appointment had been through supernatural power, so the death of the challengers would occur through supernatural power. When a body has been invaded by cancer or some other deadly disease, only the surgical removal of the infected part of the body can stave off total disaster.  In this instance too, only the excision of these rebels could prevent the rebellion from infecting the whole nation with fatal results. Theirs was a spiritual disease; the disbelief in the Divine nature of Moses’ prophecy. Moses therefore made the point that the very death of the rebels represented the greatest act of mercy by God, since it saved mankind.