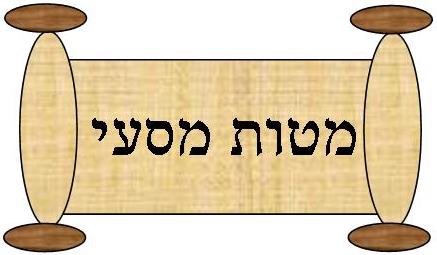 In commemoration of the ninth yahrzeit of our father and  zaidie, Cecil A. Labow, Zisse Alexander ben Yisrael Meir Halevi, Z”L on the 3rd of AV

“Omikneh  rav  haya  livnai  Reuven , Vilivnai  Gad  Azom  Miod.”  “The children of Reuven and the children of Gad had abundant livestock”(32:1). The question is asked, why the letter vav, because if you read the previous chapter, there doesn’t seem to be a link between it and this chapter. Chapter 31 describes the war with the Midianites, and the vengeance that they took because of  the Midianite women inducing them to sin. Chapter 32 is talking about livestock!  So what’s the connection?

The Alschech states that not a word had been said about the fact the conquered  lands were grazing lands. Now, in connection with the count of the herds of sheep and cattle, and the need to retain grazing lands, this whole matter had become an issue. So the letter vav is indeed necessary, as it links this chapter, this episode, with the count of the spoils taken in Midian.

Reuven and Gad then aggravate Moshe by stating “…Let this land be given to your servants as a possession: do not bring us across the Jordan”(32:5) Moshe answers them “Shall your brethren go out to war, while you sit here”(32:6). He then compared them to the “Miraglim”, the spies, who “dissuaded the Children of Israel not to come to the Land that the Lord had given them”(32:9) . One can discern Moshe’s anger when he tells them that they are “A society of sinful men”(32:14)

Rabbi Moshe Lichtman, in his Book, Eretz Yisrael in The Parshah explains….  In the end, Moshe, after some  clariifications,  amendments, and conditions, agrees to their request. Chazal try to figure out what their “sin” was, and what they said to convince Moshe that they should not be judged harshly. Rabbi Yehudah Nachshoni (Hagut BeParshi’ot Ha’Torah) sums up the “sins” Moshe accused them of..(1) Love of material  possessions( 2), rejection of the Chosen Land,  (3) Lack of Jewish Unity. The Midrash underscores these three sins, and show that they are interconnected.

Two rich men arose in the world…Korach from Israel, and Haman from the Gentiles, and both of them were utterly destroyed. Why? Because their gifts were not from the Holy One, Blessed Be He, rather they grabbed it for themselves. You can see the same thing in the Children of Gad, and the Children of Reuven. They were wealthy, and possessed an  abundance   of livestock. But they loved their money, and settled outside the Land of Israel. Therefore, they were exiled first, before all of the other tribes.  What caused this? The fact that they separated themselves from their brethren because of their possessions (BeMidbar Rabbah 22:7)

So we see that their love of money led to the rejection of the Holy Land, and their isolation from  Klal Yisrael. (It is  simply amazing that the Midrash compares the Children of Reuven and Gad to Korach and Haman!)

The Midrash seems to imply that the eastern side of the Jordan is not considered part of Eretz Yisrael, as it is written “they settled outside the land of Israel”. Rav Aviner, in his his “Tal Chermon” asks, “ How can the Children of Reuven and Gad be compared to the Meraglim, the spies, because they displayed a bond for the land, which was destined for them. They did not despise it!. He answers his own question. They  were only concerened with their financial gain. They neglected the unity of the Jewish People, and the fact that Eretz Yisrael belongs to all of Am Yisrael. The conquest of the western side of Eretz Yisrael precedes that of Transjordan, because there are different levels of sanctity in the Land of Israel: The land of Judah, the site of the Sanctuary is the holiest place, then comes the Galilee, and last to come is  the Transjordan.

We must learn the lesson that we must put our priorities in the right place and realize that the future of Am Yisrael in Eretz Yisrael is more important than our own physical comfort.