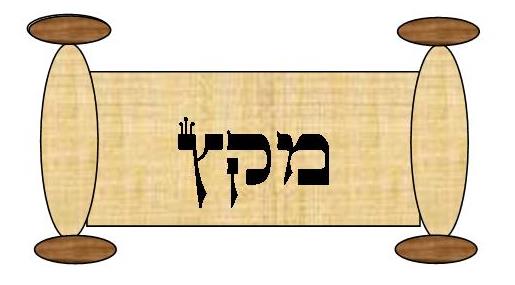 In this week’s parshah, the story of Joseph is continued. Last week’s parshah concluded with Joseph’s imprisonment and his interpretation of his cellmates’ dreams. Joseph, at the end of the parshah, asks the butler, who was set free, to remember him, and to put in a good word for him with Pharaoh.

We are told at the outset of the parshah that “it happened at the end of two years” (Genesis 41:1) that Pharaoh started dreaming strange dreams. The Or Hachayyim explains that the reason the Torah introduces this paragraph with the word ‘vayehee’, a word indicating an unhappy event, is that as of now, the exile of the Jewish people begins to unravel. EVEN THOUGH THIS EXILE HAD BEEN DECREED ALMOST TWO HUNDRED YEARS PREVIOUSLY, IT HAD NOT BEEN DECREED ANYWHERE THAT THIS EXILE HAD TO BE IN EGYPT. Moreover, this exile turned out to be more cruel than necessary in order to satisfy God’s decree (as is recorded by the Rabad in a glossary on Maimonides’ Hilchot Teshuvah ch.6). An additional reason for introducing this paragraph with the word ‘vayehee’ is that God announced that there would be a famine and God always shares the pain He inflicts on His world. Another explanation of this introductory word is that it reflects the mental anguish Joseph endured during the two years after the chief butler was released from jail. Originally, it had been intended that Joseph be released at that time (Bereishit Rabbah 89:2). He had to endure two additional years in jail because he had put his faith in a human being.

The Midrash on this verse understands the words “vayehee miketz” as indicating an end to darkness. ‘Ketz’ is also a word, which describes the evil urge. Accordingly, the Torah uses this word to allude to the reason that Joseph had to stay in jail another two years. These two years during which Joseph experienced mental anguish are counted as part of the Jewish people’s exile experience because the chief butler had neglected to remember Joseph favorable. The reason that not one but two years were decreed was because Joseph said both “if you would think of me” (Genesis 40:14), and “mention me to Pharaoh” (Genesis 40:14). He wanted to be remembered AND mentioned favorably. The wording ‘miketz shnatayim’ also means that it was on the second anniversary of the day the chief butler and the chief of the bakers had their dreams. When Joseph’s fortunes took a turn for the better this was to be related directly to the dreams, showing that the dream had correctly forecast what would happen.

Regarding the encounter between the brothers and Joseph, the Torah tells us that Joseph recognized his brothers, but that they did not recognize him. The Alshekh comments that it is remarkable that 10 intelligent people such as the brothers did not recognize Joseph, even accepting the Talmud Yevamot 88 that Joseph had not been bearded when he was thrown in the pit. At least, when bowing down to him, they should have been reminded of Joseph’s dream. This is especially the case since the bowing down occurred in the context of the dream, i.e. the presence of grain. The Torah explains this by emphasizing it was too hard to imagine that Joseph, whom they had sold as a slave to a country that never frees slaves, should have risen to the position of economic Czar in that country. They had allowed for two possible interpretations of Joseph’s dream. Either it presaged that he would be in a position of authority over them, or his harvest would be superior to theirs, and they would need what he had to offer. The present confrontation did not fit either interpretation, since a slave in Egypt does not become a ruler. Since Joseph supplied grain to everybody, this scenario did not fit their preconceived ideas either. For these reasons, the brothers did not connect their bowing down to the viceroy of Egypt with the dreams Joseph had dreamed 21 years ago. Besides, the second dream had shown 11 brothers plus mother and father bowing down to Joseph.