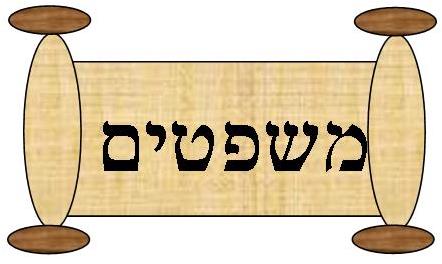 There is one verse in parashat Mishpatim that has great power because it encapsulates a great truth that the Israelites, in a manner unique among the ancient nations, taught. That verse is “You shall not wrong a stranger or oppress him, for you were strangers in the land of Egypt (Ex.23:20).”

What is so powerful about this verse?

There is no one for whom we need have less responsibility than the stranger. The stranger, the unidentified Other, is to us a faceless being with absolutely no obvious claim upon us. We owe the stranger nothing, not bread and water, not friendship, not employment, not citizenship. The stranger, being not one of the people of our nation, can be objectified, ignored or mistreated, possibly even enslaved. In fact, who is it who becomes enslaved?

The very individual who has been robbed of his or her humanity. You can find within yourself the ability to enslave that person because to you he or she is not person at all, but something far less than human, perhaps even less than many animals. You have elevated to the status of humanity only those of your own group; everyone else, in effect, becomes potential chattel. At the very least, in this very natural way of looking at things, it is possible to see the stranger as an individual to whom you can do anything with impunity, because the justice system in your nation will not regard the stranger as anyone worthy of justice.

To these quite natural ways of acting, the Torah teaches us:  No! The stranger is not an anonymous, identity-less Other for whom you have no responsibility, but rather a fully enfranchised human being endowed with the same attributes of those of our own group and nation and therefore deserving of the same humane treatment. The stranger becomes a stranger by title only, but the definition of the word becomes something radically different than before. We are commanded to allow the stranger the real human identity he or she possesses by virtue of, well, by virtue of being human.

And why is this so? What is the Torah’s primary justification of this state of affairs? Because we ourselves were once strangers in the land of Egypt? So what? In the land of Egypt WE were objectified and WE were enslaved, mistreated and abused. We were the faceless Other. It is out of the matrix of our own historical memory that we are commanded to remember what it was like to be in that reified condition. We are thereby obligated to work against the replication of that same set of facts at the time when it is OUR nation, when WE are the ones holding on to the reins of power. Our own memory of slavery obligates us to obliterate facelessness and turn the Other’s anonymity into identity to which we then have an absolute obligation.

The next two verses in our parasha are: “You shall not ill-treat any widow or orphan. If you do mistreat them, I will heed their outcry as soon as they cry out to Me” (Exodus 23: 21-22).Rabbi Philip Cohen explains:  Like the stranger, the widow and orphan in the Torah are often identified as requiring our care. And so they do. Despite the fact that the class of people represented by the widow and the orphan are, in fact, often not treated well in society, their case is, I think, fairly obvious. Of course we should care for the widow and orphan. The stranger is a less than obvious case. We recognize the widow and orphan; they are our own people. The stranger is, well, the stranger is a stranger. We do not easily recognize this individual; this individual is remarkably easy to ignore or violate. Yet it is the wisdom of the Torah that it teaches us that we ought not to ignore this person, and we ought not to violate this person. We are obligated to give this person a face. When we overcome this tendency to dehumanize the Other, then we begin to understand what justice is in its deepest depths. There can be no more important message than this.