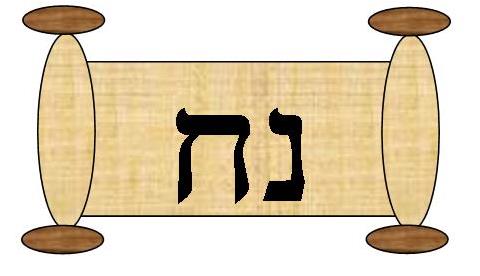 At the outset of the parshah, the Torah tells us the following statement: “Noah fathered three sons” (Genesis 6:10).  Why did the Torah have to state that Noah had three sons? We were already told this information in 5:32! The mention of ‘three’ sons seems quite superfluous in view of the fact that the Torah tells us the names of each of the three sons. And why did Noach’s name have to be repeated since it is evident that he is the subject of the verse?  And finally, the word ‘banim’ or sons seems strange. All the Torah had to write was “Noach fathered Shem, Cham, and Japheth.” Why did the Torah add the word ‘et’ – and, in front of each of the names?

The Or Hachayyim explains as follows: The Torah considered Noah’s good deeds as his principal descendants, and this was on account that Noah had found favor in the eyes of God. This is why our verse is necessary. Had the Torah failed to repeat the information contained in 5:32, we would not have considered his three sons as a positive accomplishment on Noach’s part. The Torah does not report anything positive or negative about these sons. We would have thought these three sons as unfit either on account of their own poor characters or because Noah had not fathered them in order to fulfill God’s commandment. The Torah therefore lists the birth of these three sons immediately after the lists of Noah’s good deeds so as to include them in that list.

The Midrash relates that Noach foresaw that his sons would anger God, and as a result he decided there was no point siring children during the first five hundred years of his life. At that point, God commanded Noah to marry and to have children. He had children in order to keep alive the human species.  Another reason for Noah’s tardiness in marrying and having children according to several midrashim, is that God commanded Noah to build the ark when he was 480 years old. The deluge would not occur for another 120 years. In those days, children were not held accountable for their sins until they were one hundred years old. Noah wanted to insure that when the deluge came his children deserved to be saved because they had not reached the age when God held them responsible for their deeds. Hence, he waited until he was 500 years old before he sired any children. Accordingly, Noah’s oldest child would be just under 100 years old at the beginning of the deluge.

The reason why Noah’s name is mentioned once more is a) to demonstrate again that he brought a new-found rest or satisfaction to life on earth (menuchah), and b) to remind us that were it not for their father, these sons would not have been saved. Surely, there were many youngsters below the age of one hundred at the time the deluge started and none of those were spared.

The three times ‘et’ – and – which appeared at first glance superfluous; refer to the wives of Noah’s sons who were also saved only on account of Noah. If the sons of Noah per se did not warrant saving, why did God consider it necessary to repeat the report of the three sons that were born to Noah prior to the deluge? Rabbi Chayyim ben Attar cites Sanhedrin 69 where the Talmud proves that the list of Noah’s sons presented by the Torah is not according to their seniority but is based on the sons’ relative intelligence. Shem is mentioned first as he was the most intelligent. If this were not so, he could not have been described as one hundred years old when he sired Arpachshad two years after the deluge (11:10). If the Torah had not mentioned the extra word ‘banim’ – or ‘sons’, we would have concluded that the list of their names was according to the order of their births.

At the end of the parshah, we read about our forefather Abraham’s father, Terach. The Torah states: “Terach took his son Abram” (11:31). Although Terach set out in the direction of Canaan, his motivation was only to get away from Ur Kasdim. He who goes to the Land of Israel only to get away from another place, does not usually succeed in his goal. He who moves to Israel for reasons of spiritual values to be found there is more likely to succeed. The last 65 years of Terach’s life he remained spiritually stationary. Once he had reached Charan, he was content to stay there. When Abraham’s journey to Canaan is reported, it says only where he aimed for (‘vayatzu lalechet artzah kenaan’) – they departed in order to head for the land of Canaan. The contrast in the method in which the Torah reports the two journeys is to draw our attention to the importance of the objective governing one’s quest.