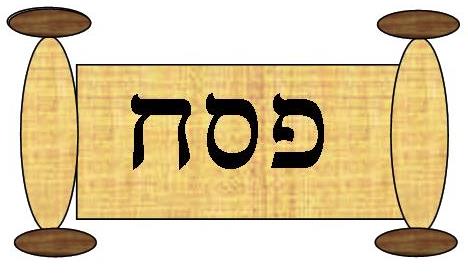 The Rambam, in his philosophical work the Moreh Nevuchim, (3:43) offers a reason for the Mitzvah of Sefirat Haomer, noting that Matan Torah was the goal of Yetzi’at Mitzrayim. The Rambam explains that we anxiously await our commemoration of Matan Torah (Shavuot) after we have commemorated Yetzi’at Mitzrayim on Pesach. Just as one who anticipates meeting a loved one counts the weeks and days until he sees him or her, so too we anxiously count the days and weeks until we will reenact Matan Torah on Shavuot.

The Sefer HaChinuch (Mitzvah 306), though, poses a question on the Rambam’s explanation. He points out that someone anticipating meeting a loved one will count down the days until the appointed time. He will count five days until the meeting and then four days until the meeting, etc. We, however, do not count forty days until Shavuot, thirty- nine days until Shavuot, etc.; instead, we count upwards. According to the Rambam’s approach, we should have been counting down the time until Shavuot. The Chinuch answers that since the road to Shavuot is long, it would discourage us if we began counting forty-nine days until Shavuot. It is more palatable to commence the countdown by focusing on what we have “accomplished”, one day has passed, two days have passed, etc. Even when we get closer to Shavuot we continue to “count up” because we do not change counting style in the middle of the Sefira.

The Rav notes that the approach of the Chinuch is reminiscent of a parable presented by the famed Dubner Maggid in another context. The Dubner Maggid was asked why in the past few centuries there have been Gedolim who have publicized their calculations when the Mashiach will arrive, if the Gemara (Sanhedrin 97b) specifically condemns those who make such calculations. The Dubner Maggid responded with a parable about a father and son who were taking a trip from Vilna to Warsaw. A few minutes after leaving Vilna the boy asked when should we get to Vilna. The father responded that the question was inappropriate. A few minutes later, the child again asked “are we there yet?”. The father again told him that it is inappropriate to pose this question and he asked the son to refrain from asking this question further.

Hours later, the father asked the wagon driver how far they were from Vilna and the wagon driver responded. The son upon hearing his father’s question was puzzled. The son asked his father why when he asked the question how far they were from their destination he was rebuffed and yet the father posed the same question to the wagon driver. The father responded that when one is so far from his destination, it is not appropriate to inquire how far we are from the end of the trip. However, when one is drawing close to the end of the travel, then it is a relevant question to know when we expect to reach the destination. Similarly, said the Dubner Maggid, at the time of the Gemara it was inappropriate to speculate about the time of the arrival of the Mashiach because there was a long road ahead. In later generations, though, we are close to the arrival of the Mashiach and thus it is appropriate to investigate when we should expect the Mashiach to arrive.

Rav Soloveitchik, though, presents another explanation for why we count the Omer upwards and not downwards. He cites the Ran (at the conclusion of his commentary to Masechet Pesachim) who states that in the absence of the Beit Hamikdash and the Korban Omer we count the Omer today to reenact the counting of days after we left Mitzra’im until we received the Torah. Rav Soloveitchik suggests that Hashem did not tell the Jews when they left Mitzra’im the precise date when they will receive the Torah. The basis for this suggestion is that we find that Hashem did not tell Avraham his destination when He commanded him to move to Israel and later to bind Yitzchak “at one of the mountains that I will show you.” Similarly, Hashem does not reveal the place where the Beit Hamikdash will be built in Sefer Devarim. Rather, the Torah refers repeatedly to Jerusalem as the place that Hashem will choose. We, in turn, do not know the time when Hashem will send the Mashiach, but we wait patiently with great faith for his arrival. According to the Rav’s suggestion, the Jews had to count upwards to Matan Torah because they did not know exactly when they would receive the Torah. Today that we reenact our ancestors countdown to Matan Torah, we also count upwards as our forefathers did after they left Mitzrayim. Thereby we experience an element of uncertainty, which is an integral component of religious experience.