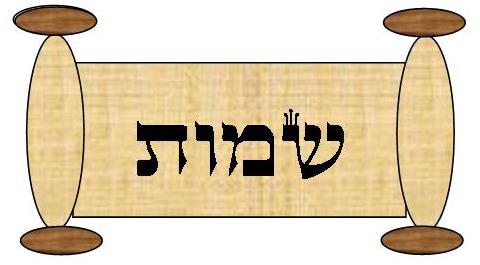 Why, out of all places, did God reveal himself to Moshe (Moses) through the burning bush – sneh (Exodus 3:2)? One possibility is that the experience seems to be a microcosm of God’s ultimate revelation to the entire Jewish people. Note the similarity in sound between sneh and Sinai, the mountain where God speaks to the Jewish people. Indeed, the revelation at the sneh and Sinai occurred in the same place – the desert of Horev. Both unfolded through the medium of fire. At the sneh, it was a fire that was not consumed. (Exodus 3:2) At Sinai, it was a smoke that engulfed the entire mountain. (Exodus 19:18)

There are other approaches that understand the sneh as symbolic either of Egypt or the Jewish people. On the one hand it was akin to Egypt. Just as it is difficult to remove the hand from a thorn bush without lacerating the skin, so was it impossible to escape the “thorn bush” known as Egypt without some amount of pain and suffering. (Mekhilta, beginning of Shemot)

On the other hand, the sneh can be viewed as representative of the Jewish people. In Egypt, the Jews were stripped of all goods, feeling lowly, so low it was as if they were driven into the ground. The sneh is also simple without any fine branches or leaves and is so close to the ground.

Rabbi Avi Weiss explains: “But the meaning of sneh that resonates most powerfully sees the sneh as symbolic, not of Sinai or of Egypt or of Israel, but of God. As long as Jews were
enslaved, God could only reveal Himself in the lowly burning bush in the spirit of “I am with my people in their pain.” God cannot be in comfort as long as His people are in distress. (Rashi quoting Tanhuma 14). And we, created in God’s image, must emulate His ways. At times of suffering for our people, we must empathize with them. Empathy differs from sympathy. In sympathy I remain who I am and you remain who you are. The one feels for the other. Empathy means a merger of the two into one. Your pain is my pain, your suffering is my suffering and your joy is my joy. As we frequently hear of tragedies around the world, we dare not become desensitized to the horror which unfolds. For many it is business as usual. The sneh teaches it shouldn’t be this way. If God feels our anguish, so too should we feel the anguish of others. Only when feeling the pain will we, as God did here in the Book of Exodus, be impelled to act and do our share to bring relief and redemption to the suffering of our people.”