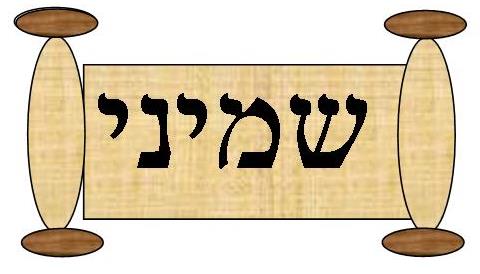 Aaron and his sons were consecrated as priests on the eighth day of the festival celebrating the consecration of the sanctuary and the creation of the priesthood in Israel.  What the ceremony illustrated was that the priesthood would be passed down from father to son – something which was not granted to Moses, whose sons did not inherit his role as a teacher of the Torah and commandments.  It is interesting to note that on this very special day, Aaron’s two eldest sons died in the sanctuary as we read in Leviticus 16:1, “when they drew near before the Lord, and died.” In Shemini, we are told that the reason they were punished for their deed was due to the following fact: “They presented illicit fire before God, which he did not command them.” But is it not true that they intended to worship the God of Israel? In no way is their sin comparable to that of the golden calf! And yet, just as many people died as a punishment for their worship of this golden calf as recounted in Exodus 32, two of Aaron’s sons die as a result of their worship of God. Yeshayahu Leibowitz questions the meaning of this “illicit fire” that Nadav and Avihu offered to God.  He comments that if we read the word as written, without any punctuation, the implication is that they did something that they were not commanded to do. Does a person deserve the death penalty simply for doing something he was not commanded to do? Leibowitz explains that the Masorah – the vowels and cantillation added to the biblical text in the Geonic era – offers a certain hint: the word not (lo in Hebrew), in the phrase “did not command,” has an extremely rare cantillation sign called the merkha kefulah, placing a special emphasis on the word. On that basis, some of the commentators understood the sentence to mean “illicit fire which He commanded them not to bring.” In other words, their act was not one about which they were not commanded at all, but was one that violated a specific order for them NOT to act as they did. But, Leibowitz continues that this interpretation may be drash – taking us beyond the simple sense of the words – the pshat.  The literal meaning may be more profound in that it was possible for a person to be drawn to regard the calf as God, even when his intention was, in fact, to worship God. And in the same way, the worship of God itself – if not performed with one’s awareness that he is obeying an order of God, but because of an internal drive to serve God – is idolatry. And this is true even if the individual’s intentions are to serve God. Faith, Leibowitz concurs, is expressed in the acts that man does because of his awareness of his obligation to do them, and not because of an internal urge – not even when he intends to worship God, but derives satisfaction for HIMSELF by this act of worship. That is illicit fire. And those who offered such fire – the first priests in the line beginning with Aaron – and did so in the sanctuary were punished as if they had committed idolatry. We, as Jews, should not transform the worship of God into a means to satisfy our inner urges, but should focus on satisfying what is good and right in the eyes of God.

The Midrash offers alternate explanations as to why Nadav and Avihu were punished so severely. They explain that they longed for a position of authority which the Midrash deduces from the fact that they were described as walking behind Moses and Aaron (Exodus 24:9), as if waiting for their elders to die so that they could assume the mantle of leadership. Perhaps the Torah’s statement that they had no children indicates that they were punished in a fitting matter. They were so anxious to inherit leadership positions that they did not even leave behind children to perpetuate their own names. Another reason offered by the Midrashim, is that their failure to marry and found a family is also in line with the punishment meted out to them, i.e. they died without children. They died because they failed to keep the commandment of being fruitful and multiplying. The element of illicit or strange fire accounts merely for the fact that they died by fire – their death itself being due to other causes.

God is insistent that the Israelite people keep themselves holy and steer clear of all that could defile their state of being.  In Leviticus 11:45 it states: “”For I am the Lord, who has brought you out of the land of Egypt, etc.” The Or Hachayyim comments that the Torah provides truth that God will protect the Jewish people from becoming enmeshed in the sin of contamination by impurity. He took the Israelites out of a contaminated environment, in which their souls were completely submerged. If the Israelites will now take active steps to preserve their isolation from such contamination, God will certainly do his share to see that it does not occur again. If, however, the Israelites begin to absorb any of these forbidden things as nutrients, they would revert to the environment dominated by the spiritually negative forces of the world. In such a case, God could not be their companion, as He does not associate His name with such forces. This was the reason that God never associated His name with the Israelites until after they had left Egypt.