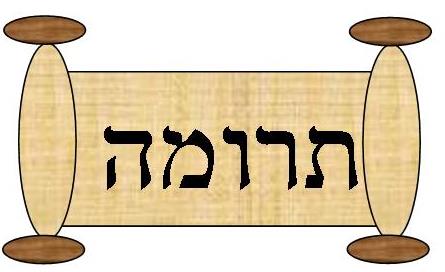 Hashem commanded Moshe to build a Mishkan (Sanctuary), symbolizing His presence among the Jewish people and constructed per His Divine pattern. (With the exception of the Golden Calf, the balance of Shemot is devoted to the preparations for, and the construction of, the Mishkan.) The Jews were asked to voluntarily give offerings of precious metals, fabrics, skins, wool, oil, spices, incense and precious stones.

Why was it necessary for the Jews to be accompanied during their wandering in the desert by the Mishkan? Doesn’t Hashem’s presence permeate the entire universe? And, why does the Torah use the words “And let them make Me a Sanctuary, and I will dwell in them” (i.e, and not “in it”)? Rabbi M ordechai Katz explains: While we may learn that Hashem’s presence is everywhere, our intellect can’t readily conceive of this; thus, Hashem provided for a specific concrete place for His presence (i.e, the Mishkan, and later the Temple). But what do we have now? The Schechinah (Divine Presence) isn’t reserved for the Mishkan and Temple — every home, synagogue and house of Jewish assembly which exhibits a Jewish manifestation through prayer, learning, mitzvos (such as family purity, kashrus, mezuzah, etc.) is itself a haven of holiness in which Hashem dwells.

“Speak to the Children of Israel, and they should take an offering for Me [Hashem]”. Why did Hashem need to emphasize “for Me”? After all, who would pass up the chance to contribute towards the Mishkan, and to seek forgiveness for the Golden Calf (according to Rashi, the Torah doesn’t follow chronological order in this instance — the Mishkan was actually assigned by Hashem as atonement for the Golden Calf)? Rabbi A. Henach Leibowitz states that the Torah is revealing a problem we must deal with daily — even when it can’t prevent us from performing mitzvos, our “yetzer hara” (evil inclination) can corrupt and attack even the purest intentions by creating ulterior motives for our actions; it persuades us to do mitzvos for honor and prestige, rather than wholeheartedly out of service for Hashem. If we view everything we do (e.g., our careers, money, etc.) as a means of serving Hashem, we can infuse the mundane with holiness. As Rabbi David Feinstein noted, this is why we recite in our blessing “Who has made us holy with His mitzvos” before performing a mitzvos; Hashem made us holy by giving us His mitzvos — this is our honor.

Why does the Torah go into such detail about the Mishkan, particularly since (unlike the Temple), it was never meant to be a permanent edifice? The Lubavitcher Rebbe explains that the command to build the Mishkan came soon after the Jews had experienced Hashem’s revelation at Mt. Sinai; when Hashem’s physical presence departed, a second stage in the revelation took place — a stage where it is incumbent upon man to actively draw Godliness into the world and provide a dwelling place for Hashem in it. The Mishkon allowed the Jews to transform the physical into a dwelling place for the spiritual. The name of this Parsha — Terumah — has the dual meanings “separating” and “uplifting” — by separating material objects from their mundanity and uplifting them to holiness, a Jew is empowered by Hashem to transform the entire world into one vast Tabernacle; in such service, every step and detail is important.