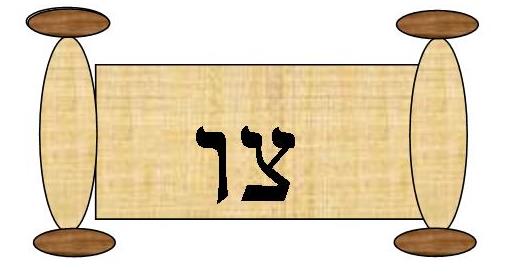 The High Priests were given the mitzvah of “T’rumas Hadeshen” — lifting the ashes of the daily Consumed Offerings – Olot. They were also told to keep the fire on the altar burning continuously. Aaron, the Kohein Godol – High Priest – was instructed to bring to bring a meal-offering each morning and evening. Additional laws were given specifying the Priest’s duties and the portions of the offerings they were to receive as their due. They could eat of the meal, sin, and trespass offerings only if they were ceremonially clean, and only with a Court of the Sanctuary. In an impressive ceremony conducted in the Court of the Sanctuary, Aaron and his sons were installed in their offices by Moshe, with the assembly watching. After the Priests had bathed, Moshe dressed Aaron in his distinctive garments, and anointed the Tabernacle and its contents (the Ark, Table of Showbread, Candelabra, and Altar of Incense), as well as the Altar of Burnt Offering, and the laver and its base (all of which stood in the Court of the Sanctuary). He then poured the anointing oil upon Aaron’s head, thus sanctifying him. Finally, the regular Priests were invested with their garments. A sin-offering and burnt-offering were then brought by Moshe. These rites were repeated for seven days, during which Aaron and the sons remained within the Court.

The word “Tzav,” which begins this Parsha, means “Command”. It is deliberately expressed in a form that can refer to both the past and the future. In other words, Hashem’s commandments are as applicable today as they were when first promulgated. The rules governing man’s behavior and man’s devotion to G-d are timeless. Consequently, our observance of the Torah should not be marked by tired, listless efforts. When we pray, we should not mumble through the prayers out of habit. Rather, we should remember whom we are addressing, and say each word carefully. The same applies to observance of Shabbat, our Torah learning and other mitzvot. They should not be routine, but rather should be moments of inspiration. We must view the Torah and our prayers as instructions from God on how to act practically. If we do not realize this, and do not actually practice what we say and learn, our words and learning have no meaning or purpose.

There was no particular place specifically designated for bringing the sacrifice of the “Korbon Chatos” (the sin offering), in the Miskhan. This is significant. The Korbon Chatos was offered by one who had sinned and now wished to repent. If there was a specified location for these sacrifices, the sinners’ identity would become readily known, and this might in itself discourage repentance. Because the Korbon Chatos was offered in the same place as the Korbon Olah, no one could be certain if the bearer of the Korbon had actually sinned. In this way, the matter would remain a private one between man and G-d, and the sinner would be spared public embarrassment. Rabbi Mordechai Katz explains that if Hashem’s Torah laws deliberately avoid the shaming of others, then we should certainly be careful not to embarrass our fellow man. Chazal say that whoever insults his fellow man in public forfeits his place in the world to come. (Baba Metziah 59a). The reason is a simple one. One can kill a man only once with a knife, but he can slay him many times over with a shameful word. Rabbi Akiva Eiger once invited a poor man to his home on Friday night. At the meal, a beautiful white tablecloth covered the Shabbos table. When the poor man lifted his glass of wine, it slipped out of his hand, and the red liquid spilled over the pure white cloth, leaving an ugly blotch. Seeing the poor man squirm in embarrassment, Rabbi Eiger immediately lifted his own glass of wine, and also “accidentally” spilled it over the tablecloth. As the poor man looked on in great relief, Rabbi Eiger remarked, “it seems as if the table or the floor is shaking, doesn’t it?” He had been willing to make himself look careless (and to soil a nice tablecloth) just to spare the shame of another.