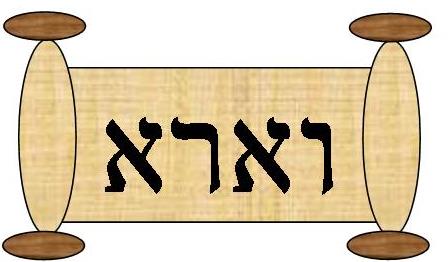 In this week’s parshah we read of Hashem hardening Pharoah’s heart, as the Torah states : “Va’ani Aksheh Es Lev Pharaoh…”(7:3) Many commentators ask why the ‘bechira chofshit’ – the free choice- of Pharaoh was taken away from him. Rashi explains that it was clear to Hashem that the teshuva – repentance of Pharaoh would not be b’lev shalem (sincere). If Pharaoh would have been given the choice, he would have attempted an insincere teshuva. At that point, to punish him would seem unfair to the world, yet such a teshuva would still not exempt him from punishment. Therefore, Hashem removed his free choice so that the world could recognize the truth and wonders of Hashem. Rashi further notes that in the first five plagues, the Torah says that Pharaoh himself hardened his own heart. Only in the last five makot is it written “Vayechezak Hashem es lev Pharaoh” – “Hashem hardened the heart of Pharaoh.” Rabbi Mayer Lichtman explains that perhaps Rashi is saying that the proof that there wouldn’t be sincerity with Pharaoh’s teshuva or with the idolatrous nations in general is from the first five makot. Pharaoh had a good opportunity to change his wicked ways with the lessons and blows dealt to him and Mitzrayim in the first makos. By hardening his own heart – he proved his intention – his lev shalem was to hurt the Israelitesl. It was not for some economical or political excuse – it was a hatred that ran deep in his heart. When Hashem hardened his heart during the last five plagues, it was merely a result of Pharaoh’s own hardening during the first makot. If Pharaoh would have done teshuva during the final makos, it would have been heartless and meaningless.

Generally, the difficulty of making the right choice lies in one allowing the logic of mind to overcome the desire of the heart. When one continuously makes the correct choices, his heart moves to the right place. When one truly knows or is inclined to listen to the Dvar Hashem, it becomes more effortless to do what is right. As we grow in spirituality the test of bechira changes to higher levels. As Jewish people who have accepted Hashem’s Laws,  we should all be able to try and comprehend the punishments doled out to Egypt and other nations, and try to elevate our hearts to serve Hashem as best we can.

In The Garden of The Torah, the Lubavitcher Rebbe, Rabbi Menachem M. Schneerson, explains to us the Hebrew word “Mitzrayim” – Egypt, which is related to the Hebrew word for “boundaries” or “limitations”: Mitrayim is a paradigm for what exile is and the essence of our spiritual challenge. The world was created as a dwelling place for Hashem and our souls are a part of Hashem. Yet, we often overlook this as we are caught in the exile of our material world and daily routine which shapes our thoughts. However, Hashem doesn’t allow this exile to continue indefinitely. In Mitzrayim, Hashem revealed Himself through the plagues, thereby transforming the Jewish people’s thinking. But what about us? Hashem said “I revealed myself to Abraham, Isaac and Jacob”; Rashi comments “to the Patriarchs”. His comment, which seems redundant, is actually reinforcing that, by revealing Himself to our forefathers, Hashem make the awareness of His existence a fundamental element in their make-up (and the make-up of their descendants for all time). In every generation, Hashem sparks this awareness by performing acts transcending the natural order; some are obvious to us (e.g., the Gulf War, Entebbe, re-birth of Israel, the fall of Communism); others are not. By these acts, Hashem reveals Himself to us, allowing us to transform the limits of our “exile” and take in the awareness of His presence. We must open our eyes.