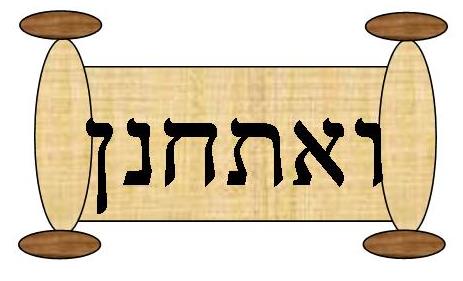 In this week’s parshah, Moses continues his discourse to the Children of Israel. Moses, in chapter 4, renews his warning of idolatry to the people and their threat of exile, with, however, a promise of grace upon repentance. Moses, when discussing the future exile, says the following: “And the Lord shall scatter you among the peoples, and ye shall be left few in number among the nations, whither the Lord shall lead you away. And there ye shall serve gods, the work of men’s hands, wood and stone, which neither see, nor hear, nor eat, nor smell”
(Deut. 4:27-28). The question is asked if the statement with the idols is a continuation of the previous clauses outlining the retribution lying in store for a rebellious Israel, or is it merely a further description of the sins they might commit? Here are the views of two commentators: a) Abravanel – As a result of their terrible sufferings, many Jews (so Holy Writ foretells) will be brought to forced conversion, worshipping idols but knowing full well that they are made of wood and stone. Their idolatry will be committed just to escape death…It is not mentioned here as a part of their sin but as the punishment for their misdeeds. This would constitute the climax of their sufferings – to be inwardly aware of the true faith and have to pay lip service to idols… b) Biur – This passage continues to outline the retribution that would overtake them. In my opinion, there is no greater punishment than this – for the soul to be caught in the toils of sin, till it cannot escape…as a result of the force of evil habit. There is no cure for such a soul till it makes every exertion to sunder the bonds of habit.

Nechama Leibowitz questions what the difference is between the above explanations. She explains: Both
commentators maintain that the passage describes the punishment that would overtake the Jewish people – being forced, against their better judgment, to worship idols – poetic justice for worshipping idols of their own free will, in their own land. But Abravanel interprets the passage in terms of his own age, when his
co-religionists were suffering under the terror of the inquisition, being forced to solemnly renounce their faith or be burnt at the stake. He saw them worshipping idols not because they believed in them, but only ‘to escape death.’ The 18th century author of the Biur saw the fatal attractions of Western secularism and ‘enlightenment’ as the greatest danger, threatening the integrity of the Jewish people in his own day. Emancipation beckoned the Jewish youth of his day, promising an entry ticket into European culture, in return for renunciation of their own traditional observances and faith. Each age has its own idolatry and suffering. Only one solution remained and this is outlined in the next verse: “But from thence ye will seek the Lord thy God; and thou shalt find him, if thou search after Him with all thy heart and with all they soul” (4:29). Abravanel detected in the Torah a
message of comfort to his sorely tried co-religionists. Even the Jew forcibly estranged from his faith was not lost, if he still remained true in his heart. Literalists will interpret “from thence” to allude to the places of Jewish
dispersion from whence the exiles would come to seek the true God. But Abravanel sees in it a reference to the tragic situation of the Marrano, the forced convert and evokes the ancient Rabbinic principle of the ‘The All
Merciful requires the heart.” The phrase: “if thou search after Him with all thy heart…” which is usually taken to refer to a maximum demand, calling on the whole of man to serve God, is taken, instead, to mean a minimum demand. Leibowitz explains that even if the Jew is reduced to the state of being only able to serve God inwardly, he would still find God. Does this do violence to the text? It is certainly not its plain meaning, but such
interpretation is legitimate and even obligatory. Each generation must view the Torah as personally addressed to it and directly applicable to the contemporary situation. Indeed, each individual must read and understand the sacred text in accordance with their own powers.