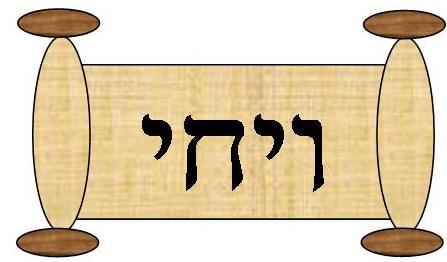 Jacob gathers his 12 sons to receive a blessing. But first, Jacob calls upon two of his grandchildren – Joseph’s sons Ephraim and Menashe – to receive blessings. Why would Jacob place priority on blessing grandchildren over children? The commentators explain that even more than the joy of having children is the joy of having grandchildren. Why is this so? Most creatures in the world have parent-child relationships – whether it is a mother lion protecting her cubs or a mother bird feeding her young. But only the human being has a concept of grandchildren, of perpetuation beyond a single
generation. This is an effect of our spiritual soul which is rooted in infinity. Being a grandparent therefore connects us deeply to our uniqueness as human beings.

There is further significance to Jacob’s blessings. Rabbi Shraga Simmons explains that one of the most beautiful customs in Jewish life is for parents to bless their children at the start of the Friday night Shabbat meal. Girls receive the blessing: “May God make you like the matriarchs Sarah, Rebecca, Rachel and Leah.” Boys, meanwhile, are blessed “to be like Ephraim and Menashe.” What happened to the patriarchs Abraham, Isaac and Jacob Rabbi Simmons asks? Why were Ephraim and Menashe chosen instead as the subjects of this important tradition? In actuality, Ephraim and Menashe were the first set of Jewish brothers who did not fight. Abraham’s two sons – Isaac and Ishmael – could not get along, and their disagreement forms the basis of the Arab-Israeli conflict until today. The next generation of Isaac’s two sons – Jacob and Esav – was so contentious that Esav repeatedly sought to kill Jacob and instructed his descendants to do the same. And even the next generation of Jacob’s sons sold Joseph into slavery in Egypt. Ephraim and Menashe represent a break from this pattern. This explains why Jacob purposely switched his hands, blessing the younger Ephraim before the older Menashe. Jacob wished to emphasize the point that with these siblings, there is no rivalry. (See Genesis 48:13-14) It is with this thought that parents bless their children today. For there is no greater blessing than peace among brothers. The words of King David ring true: “How good and pleasant is it for
brothers to sit peacefully together.”(Psalms 133:1)

A further question arises regarding the blessing that Jacob gave Joseph’s sons. Why is so much emphasis placed upon Ephraim and Menashe when so little is known about them? It would seemingly make more sense to say, “May Hashem make you like Abraham, Isaac, and Jacob”, parallel to the blessing given to girls, “May Hashem make you like Sarah, Rebecca, Rachel, and Leah.” Just like we bless our daughters to be like the Matriarchs, why don’t we bless our sons to be like the Patriarchs?

Yoel Feilner, a graduate of yeshiva Atlanta, explains: Ephraim and Menashe grew up in the lap of Egyptian royalty. Their father, Joseph, was second in command of the greatest empire at that time. Their lives were drowned in Egyptian culture, making it very easy for them to assimilate. It is for this reason, explains Rabbi Yehudah Leib Ginzberg, the late rabbi of Denver, Colorado, that we bless our children to be like Ephraim and Menashe. Although they were raised in the foreign, hostile environment of Egypt, they did not assimilate. They remained true to their faith, even in a society filled with so many temptations. Jacob knew that in the future, his children, the Jewish people, would be spread around the world, often in difficult surroundings. Therefore, Jacob prayed that regardless of their situation, Jewish children should remain loyal to the Torah, just as Ephraim and Menashe did in Egypt.