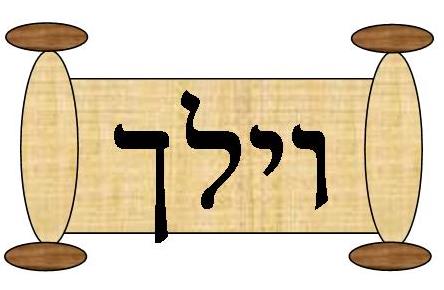 In Parshat Vayelech, Moses tells the Israelites that although he won’t be entering Israel with them, God will be with them and will triumph as long as they keep the covenant. Moses tells the people “I am no longer able to go out and come in…” (Deuteronomy 31:2). What this refers to is the fact that he will not lead them into the Promised Land and into war. The Or Hachayyim explains that Moses
wanted to explain to the people why he was convinced that he would die on that day. It is not in the nature of the religious to let onto their peers that they have some superior perceptions; this would be arrogant. This is why Moses cited two different reasons: 1) I am unable to lead you in war, i.e. I no longer have God’s permission to do so. This permission has now been given to Joshua. 2) God has told me: “you will not cross this river Jordan.” From these two indicators it was clear to Moses that he had outlived his usefulness and was about to die. The sequence of the words “and the Lord had said to me, etc…” which follow so closely on Moses’ statement: “ I
cannot go out, etc,” indicate his loyalty as a servant of the Creator. He suggested by this sequence that if, per chance, this same God would now give him instructions to cross the Jordan, he, Moses, would gird himself and be ready to lead the Israelites across though he did not feel capable of doing so at the moment. The only reason he did not insist on doing so was that God had told him not to.

Moses calls Joshua to command him to settle the people in the land. The Alshekh states that Joshua’s function is to be viewed NOT as THE CONQUEROR. The
Torah emphasizes that you will come with the people, instead of you will bring the people, as stated later in verse 23. Had Moses said to Joshua publicly in v.7, what he said to him privately in v.23, Joshua’s function could have been misunderstood. Since the statement in v.23 however, was not made ‘le’eynei bnai israel’ – in the presence of the Jewish people, no misunderstanding was likely. Joshua’s courage was needed, since, de facto, he was to be the leader. As long as the people view Joshua as one of them, they will be satisfied that God is doing the fighting for them. It states “The Lord will not let you weaken” (Deuteronomy 31:8). Joshua need not fear or be faint-hearted, because God will walk ahead of the nation.