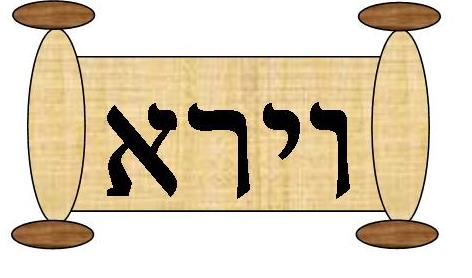 In this week’s parshah, we read of the birth of Isaac to Abraham and Sarah in their old age. The Torah tells us that the reason Sarah named her son by the name Isaac was due to the explanation that “God has made happiness for me” (Genesis 21:6). The Alshekh explains that since the name ‘Yitzchak’ could have been explained as referring to Sarah’s inward laughter when the angels predicted this birth, the Torah therefore makes a point of explaining that Sarah saw a different significance in that name. Abraham made a great feast when Isaac was weaned, to show that Sarah had become youthful; able to nurse Isaac all these long months. Isaac was taken off the mother’s breast because he was old enough, not because Sarah could not nurse him anymore.

The Lubavitcher Rebbe used this parshah as a forum to discuss the significance of Bar/Bat Mitzvoth in today’s world. It is explained to us that Isaac was weaned when he was 13 years old; the age a boy is to become responsible for his own deeds and becomes a man. Therefore, the Rebbe, in a discourse given over 30 years ago, told the following story which is still very much relevant today: ‘He was still years away from his Bar Mitzvah, but his parents were far-sighted. They found a synagogue, which wouldn’t make heavy demands of the boy, and certainly would expect little yiddishkeit of the parents. The lad would understand that a Bar Mitzvah is a graduation of sorts – when he would graduate from Judaism. He was urged, no, lavishly bribed, to study his haftora, possibly by transliteration. The youngster is made to understand that his father had a Bar Mitzvah himself, and he joined the synagogue; he pays dues, even attends on occasion, and all for the sake of the Bar Mitzvah.  The neighbor’s son had a Bar Mitzvah, so how will it look if “our son” doesn’t have one too? And father’s business associates also expect him to have one. After all, everyone has a Bar Mitzvah. The boy is not stupid, nor are his feelings dull. He can understand and he can feel what the purpose of it all really is.  Father and Mother are completely occupied with business and party planning, and the son is left to his own reasoning. Can he possibly be serious about the significance of Bar Mitzvah? He saw none of its true meaning in his father or mother; neither in their own personal conduct, nor in the upbringing they gave him. He was taught that he must do what ‘everybody’ does, or else his parents will be put to shame.  Naturally, his reaction is to close the door, to go and seek elsewhere something more meaningful to him, to seek without guidance, without directions. He knows that his parents have nothing authentic to give him, for they never truly educated him ‘Jewishly’, and the smattering of Jewish teaching they gave him was only to outdo the neighbors – not with sincerity, and not because it meant anything to them. The boy reflects on the Bar Mitzvah itself. He had it on Shabbat. Why on Shabbat? Because, he is informed, that is a holy day. What makes it holy, the youth wonders. His father and mother conduct business on the Sabbath, and they do exactly what they would do on any other day. He still doesn’t understand how Shabbat is holy.  He is given the answer that the congregation has engaged a rabbi who is a holy man and he ‘carries’ the holiness of the congregation on his shoulders. He will be the one to keep all the important laws.

Is it a wonder that such an upbringing creates a chasm between parents and children? When the parents tearfully plead one day with their children, “why have you humiliated us?’ they will retort bitterly, “Did you ever give me something more meaningful to stand on? You taught me to imitate others and to seek their approval. That’s all I ever learned from you!”

A Jew is to imitate no one, except God. As it is written in Tractate Shabbat 133:b: “As He (God) is merciful, so shall you be. As He is kind, so shall you be.” This is not imitation; He is not separate from God and in acting as God does, he is acting naturally. The boy or girl will then know what they are, and what they lack, and where to find a firm foundation upon which to stand all their lives.

The parshah concludes with the listing of the descendants of Nachor (Genesis 22:24). It states in verse 22 that “Bethuel fathered Rebecca.” This is the principal line of the whole paragraph. Rabbi Chayim Ben Attar asks why the Torah had to bother to list all the other descendants of Nachor including those from his concubines.  He answers that the Torah is reminding us that ever since the spiritual poison of the original serpent permeated Adam, purity could no longer exist in isolation. The birth of even the most perfect human being is invariably accompanied by the birth of impure people who lie in wait for the pure. By telling us of the other descendants of Nachor, the Torah indirectly extols the virtue of Rebecca, mother of all that is holy, whom, despite the environment she grew up in, shone forth with her many virtues.