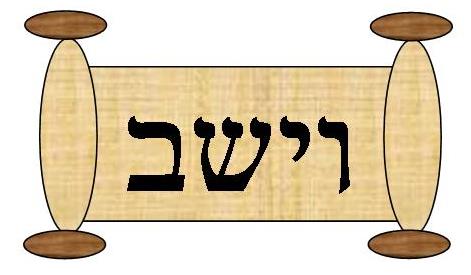 This week’s parasha, Vayeshev, often falls on the Shabbat of Chanukah. Vayeshev and the Festival of Lights in fact share a number of connections, though on the surface there would seem to be little that is light in the parasha. In melodramatic fashion, each upturn in the story is matched by a sharper downturn. Joseph is loved most of all by his father, so he is hated by his brothers. When Reuven saves him from his brothers’ murderous intent, Joseph is taken from the pit and sold into slavery. He works his way up to be chief of Potiphar’s household, only to be falsely accused of a rape and cast into prison. He earns the gratitude of Pharaoh’s cupbearer, but it turns out to be short-lived, and Joseph must spend the week from Vayeshev to Miketz languishing in the dungeon. At the end of this week’s reading it is difficult to see the glass as half full.

Seemingly one of the most pessimistic readers of the story, Rabbi Tanhum, imagines for one of the verses a possibility even worse than the glass being half-empty. The Biblical text uses a peculiar duplication of language to describe the pit into which Joseph’s brothers cast him: that “Ha Bor Reik”- (the pit was empty) and “ein bo mayim” (had no water in it) (Genesis 37:24). Rabbi Tanhum, in an interpretation widely quoted by later commentators, understands this duplication to imply that while the pit had no water, it was full of snakes and scorpions. With one narrative touch, he changes the tone of the story from soap opera to reality TV -The brothers are either crueler or more careless than we might have thought otherwise.

Rabbi Tanhum’s statement is not particularly unusual in its content; the process of midrash often offers this type of embellishment. The statement stands out somewhat more for its context. It appears in the Talmud (TB Shabbat 22a) in the midst of a discussion about kindling the lights of Hanukkah, and how high off the ground they may be placed. To be fair, the flow of Talmud is not always linear; it offers many varieties of excurses and digressions. In fact, the most extensive discussion of Hanukkah in the Talmud only appears in the tractate Shabbat as an extended digression from the topic of Shabbat candles. In this case, the reason for the inclusion of a statement by Rabbi Tanhum is rather pedestrian. It follows another statement attributed to him, which is germane to the topic at hand: he notes that a Hanukkah light that is higher than twenty cubits off the ground (about thirty feet) does not fulfill the mitzvah. A candle that is too high off the ground will not be seen by passers-by, and will not contribute to pirsumei nisa- publicizing the miracle.
Rabbi Joshua Heller explains;” The religious spirit of Hanukkah is one of ascent and optimism. For instance, there were once two schools of thought regarding the proper lighting of Hanukkah candles. The school of Shammai taught that one begins by lighting eight candles on the first night, counting down to one, reflecting the days that have gone by and the quantity that remain. The practice of Hillel’s school, and our practice today, is to light an additional candle each night, to show the increasing greatness of the miracle. We celebrate the Maccabean victory even though it was short-lived, and focus even more on what is comparatively a minor miracle, the lights burning for eight days when it seemed that they would only last for one. Rabbi Tanhum’s statement reminds us that we must keep the reminders of goodness ever in sight, and in our minds. Conversely, the story of Vayeshev is one of descent- down into the pit, down into Egypt, down into the dungeon. Rabbi Tanhum’s reading, at first glance, would seem to make that descent even worse. However, I believe the intent of his statement, though, is just the opposite. He wants his listeners to be astonished by Joseph’s miraculous survival, and recognize the true extent of the divine providence that accompanied Joseph on each phase of his journey. Rabbi Tanhum would have us develop a new appreciation of the events of Vayeshev: The week-long cliff hanger exists only to whet our appetite for Joseph’s later triumphant ascendance. Each downward step of the story—from the brothers’ jealousy to Joseph’s descent into Egypt and Israel’s enslavement in Egypt—is part of a divine plan leading to their descendants’ redemption at the Red Sea and revelation at Sinai.