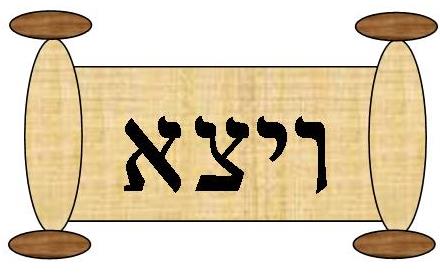 And Jacob went out from Be’er Sheva, and he went to Charan (Genesis 28:10)The story of Jacob’s journey to Charan is the story of every soul’s descent to the physical world. The Lubavitcher rebe explains: The soul, too, leaves behind the spiritual idyll of Be’er Sheva (literally, “Well of the Seven” — a reference to the supernal source of the seven divine attributes or sefirot from which the soul derives) and journeys to Charan (literally, “Wrath”): a place of lies, deceptions, struggle and hardship; a place in which material concerns consume one’s days and nights, sapping one’s energy, confusing one’s priorities, and all but obscuring the purpose for which one has come there in the first place. Yet it is in Charan, in the employ of Laban the Deceiver, not in the Holy Land and its “tents of learning,” that Jacob founds the nation of Israel. It is here that he marries and fathers eleven of the twelve sons who will become the twelve tribes of Israel. Had Jacob remained in the Holy Land, the life of this pious scholar who lived 3,500 years ago would have been of no significance to us today. The soul, too, achieves its enduring significance only upon its descent into “Charan.” Only as a physical being, invested within a physical body and inhabiting a physical environment, can it fulfill the purpose of its creation, which is to build “a dwellingfor G-d in the physical world.”

And Jacob rose up early in the morning, and took the stone that he had put under his head (28:18) But earlier in it says, “And he took of the stones of the place, and put them under his head.” This tells us that all the stones gathered themselves together into one place and each one said: “Upon me shall this righteous man rest his head.” Thereupon all were merged into one (Talmud Chulin 91b).

“Jacob kissed Rachel, and he raised his voice and wept” (Genesis 29:11). Upon meeting his cousin, the young girl destined to be his life-mate, Jacob, a man in his upper seventies, kissed her. The shepherds around them were disgusted. Who does he think he is? He comes to our town to bring perversion. We have to do something about this. Jacob overheard their conversation and was upset. He kissed Rachel as an expression of love for his cousin, in a familial type of a way. He had no sensual thoughts, no lustful motives. If so, why did Jacob cry? He cried because he recognized that he had made a mistake. He hadn’t realized that the townsfolk were so base and so sensually oriented that they would take his innocent kiss as anything more than it was. (This explanation of the passage is based upon the commentary Da’as Sofrim by Rabbi Chaim D. Rabinowitz, a noted Torah scholar in Israel.)

We, the people of the Book, live life on a different plane. Although we have lived for centuries among the nations of the world, we remain, spiritually and intellectually, separate. It doesn’t even dawn on Jacob to look at Rachel in a lustful way, he was thinking in more elevated terms. He was thinking of family and of the future of the Jewish people. The townsfolk were not oriented the same way and their reaction was formed on the basis of their base assumptions.