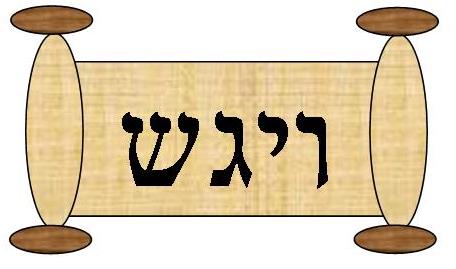 The Torah states, “Yosef said to them (his brothers) on the third day, ‘….let one of your brothers be
imprisoned in your place of confinement…Then bring your youngest brother to me so your words will be verified…” Yosef, the Viceroy of Egypt, imprisoned one of his brothers while the others went back to
Canaan and return with Binyamin. At that moment, they reflected upon their tenuous predicament and said, “Indeed we are guilty concerning our brother (Yosef) inasmuch as we saw his heartfelt anguish when he pleaded with us and we paid no heed; that is why this anguish has come upon us.” Sforno in his
commentary explains that Yosef’s brothers realized at that moment that their insensitivity towards their brother’s heartfelt supplications was in essence was cruelty. Although they believed that they had rendered a proper judgment concerning their brother, that he was a pursuer (rodeif) and deserved to be killed. He would ultimately cause their demise through his tale bearing to their father Yaakov. Nevertheless, they should have had mercy on him when he pleaded not to be sold into slavery. Because they had acted cruelly towards their brother Yosef, G-d (measure for measure) brought upon them in kind a heathen who was
acting cruelly towards them by accusing them of being spies and demanding that they must bring before him Binyamin. If in fact their evaluation of their brother’s behavior was correct and indeed he was a
pursuer and consequently putting their lives in jeopardy, why are they considered to be cruel. They did not see sufficient reason to heed his supplications? Their understanding of Yosef as a “pursuer” was not that he would actually attempt to physically bring harm upon them. But rather, they were concerned that his negative tale bearing would discredit them to their father Yaakov, who would ultimately curse them, which is the equivalent of death. However, if they had shown mercy to their brother Yosef and had been sensitive to his pleads, they would have merited Divine Protection that their father should always see them for what they truly were. Yaakov had been bereaved by the loss of Yosef for many years. When his sons returned from Egypt and explained that they needed to bring Binyamin before the Viceroy in order to prove that they were not spies, Yaakov had said to them, “May Almighty G-d grant you mercy…that he (the Viceroy) may release to you your brother as well as Binyamin. As for me, as I have been bereaved so I am bereaved.” It was imperative that Yosef’s brothers return with Binyamin safely. However, after the goblet had been
discovered in his sack, they had believed that they would not be able to bring about the safe return of
Binyamin. The pain that was going to come upon their father Yaakov was something that he would not be able to survive. When Yaakov’s children rent their garments because of Binyamin’s predicament, it was the first time that they had truly internalized the grief and suffering of their father that he had endured during all the years of Yosef’s absence. Since Binyamin was the catalyst through which Yosef’s brothers were able to have a sense of their father’s pain, his descendant Mordechai would have the sensitivity to internalize the calamity that had befallen the Jewish people. What was the value of being granted the ability to fully grasp and internalize the predicament of the Jewish people? Mordechai was the leading Torah sage of the
generation who had galvanized the Jewish people and united them in repentance. It was because of the depth of his understanding of the events that he was able to overturn the decree through his leadership and prevent the annihilation of his people and he brought about the destruction of their enemy, Amalek. Had Mordechai not been able to internalize the severity of their situation, he would have not been as effective to impact upon the masses as he had done. The verse in the Megillah of Esther tells us that he sat at the gate of the king wearing sackcloth and ash when he became aware of the decree to annihilate every Jewish man, woman, and child. Although it was inappropriate to present oneself in this state at the gate of the
palace, because Mordechai so consumed with the impending tragedy he was oblivious to this. His only focus at that moment was the future existence of the Jewish people. Just as Yosef’s brothers fully internalized the meaning of Binyamin not returning to their father Yaakov and thus experiencing their father’s
all-consuming pain, Mordechai, the grandson of Binyamin, merited a similar capacity.