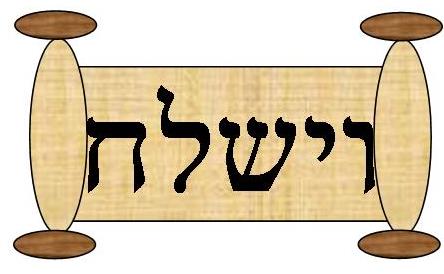 In this week’s parshah, we read of the encounter between Esau and Jacob after many years of not seeing each other. Following the encounter, the Torah tells us that “Jacob arrived intact in Shechem” (Genesis 33:18), and goes on to tell us that Shechem is in the land of Canaan. Mentioning the fact that Shechem was in the land of Canaan seems superfluous. The Alshekh explains that possibly, the Torah wishes to absolve Jacob of even indirect responsibility in the rape of Dinah, reported afterwards. This is why Jacob is described as having returned in perfect physical, spiritual, and economic condition. Since nothing of this kind had happened when Jacob was traveling, exposed in no man’s land, far from a spiritually sacred place, this proves that the events with Dinah were not due to any negligence on Jacob’s part. Having also paid generously for the land he occupied, Dinah’s rape can also not be explained in terms of hostility by the local population towards Jacob and family. Her rape was due to her uncharacteristic tendency to go out alone, a tendency inherited perhaps from her mother, who had also gone out to meet her husband (30:16). Bereishit Rabbah 80 states that the fact that Dinah is referred to as daughter of Leah, in this context, though we are all aware of the fact, is to draw our attention to this hereditary trait in her. According to tradition, Berakhot 60 explains that she had originally been meant to be male, but had been born a female because of her mother’s prayer not to shame her sister Rachel by granting her fewer male offspring than the maidservants. If that is so, then Dinah’s tendency to leave the home unaccompanied was a residual male tendency, not a fault inherited from her mother. Moreover, since the Torah testifies that Dinah wanted to make contact with other girls (as distinct from males), the purity of her motivation is established. Had the prince himself not seen her, nobody would have dared molest her. At any rate, the Torah teaches that for the daughter of a man such as Jacob to go out alone is potentially dangerous. She ought to be chaperoned. In addition, the Torah teaches 3 other lessons: 1) It is natural for something impure to attempt to contaminate something pure. 2) An affinity of the impure for the pure exists only after the pure has become polluted. 3) Even after having absorbed a degree of pollution, the pure will not develop an affinity for the impure. The Torah emphasizes the lack of reciprocity of Shechem’s infatuation with Dinah both before and after the rape. Jacob’s silence may have been motivated by his fear that Dinah might have developed reciprocal feelings for Shechem, and refuse to come home even when rescued. The fact that Shechem is described as LOVING Dinah indicates that there was an element that transcended the merely biological, and that he had found words to appease her, i.e. “he spoke to her heart.”

Following the rape, Simeon and Levi “were distressed…because he had committed a disgraceful act against Israel, etc.” The Or Hachayyim comments that the Torah uses two expressions, 1) “they were angry,” and 2) “they were distressed” to indicate that Shechem had been guilty of two wrongs. It would have been shameful for the family of Jacob even if Shechem had married Dinah – seeing that they would not give their sister to an “unclean” person. That, however, would have been merely distressing. The fact that Shechem raped their sister – something that was repugnant even to the local inhabitants – aroused their anger. Bereishit Rabbah 80:6 states that Gentiles had accepted sexual restrictions upon themselves after the flood, and one of the restrictions included rape. This is the reason as to why the brothers’ anger was magnified, as Shechem had transgressed an important restriction.