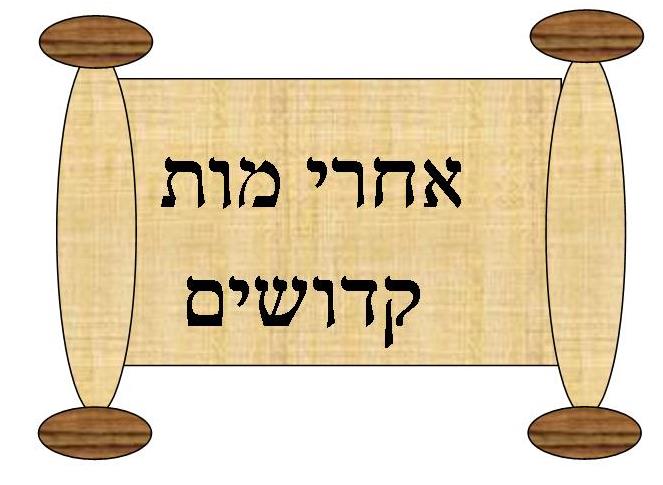 Parshat Achrei Mot describes a very strange sacrificial ceremony performed by the Kohen Gadol on Yom Kippur to atone for the sins of Bnei Yisrael. The Kohen Gadol takes two identical goats and places Goralot – lots -on each of them: one lot for Hashem and one lot for Azazeil. He takes the goat that has been selected for Hashem and slaughters it on the Mizbeiach as a Korban Chatat. He then takes the goat selected for Azazeil and sends it into the wilderness, to be thrown off a high and austere cliff. Why do two goats, which are almost identical, meet such different ends? Why do two equals meet such different deaths?

Rav Shimshon Raphael Hirsch explains that the goats represent the choices that life poses. Everyone is given similar beginnings and is placed into similar situations. What differentiates us is what we do with the alternatives we have. Do we take the easier, less spiritually beneficial option, or do we take the option more conducive to our growth as Torah-observant Jews? The goat sacrificed to Hashem represents the latter, harder decision, which enables us to come close to Hashem. The goat has a long, complicated sacrificial process, culminating in a bond forged with Hashem during its sacrifice. The Azazeil goat, on the other hand, is sent into the wilderness. This goat, laden with sin, exits God’s dwelling, where we are most likely to become pure. It represents the alternative, which involves distancing oneself from God. Therefore, the Azazeil ceremony represents our daily struggle to act as best we can while not widening the gap between ourselves and Hashem.

Rav Kook uses this to explain a Pasuk in the section following that of the two Yom Kippur goats. The Torah states, “VeLo Yizbechu Od Et Zivcheihem LaSe’erim Asher Heim Zonim Achareihem,” “B’nei Yisrael will stop sacrificing to the demons which tempt them” (Vayikra 17:7). Rav Kook explains this Pasuk based on the internal conflict that exists within life. The demonic worship is the appreciation of the unrestrained barbarity in human nature. There is a philosophic belief that unless one knows evil he cannot achieve truth. Theoretically, the purpose of evil in this world is to help people find truth; however, evil has no place in practice. Therefore, once all sins and evil are transferred to the Azazeil goat, it is sent away from humanity to show that evil must also be sent away. Sending the Azazeil goat reinforces the idea that barbarity, while it must be acknowledged as a part of human nature, is not to be channeled, but rather is to be excised as much as possible. Humanity must be based on good and motivated self-improvement rather than pleasure for pleasure’s sake and the evil that comes with it.