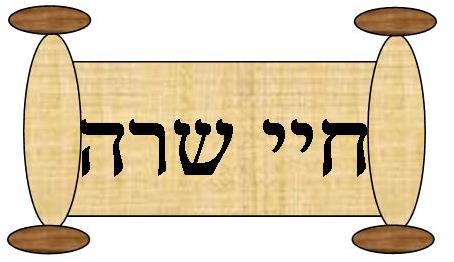 The Torah tells us that “Sarah died at Kiryat Arba – the same is Hebron” (Genesis 23:2).  The Or Hachayyim explains that we must not misunderstand that Kiryat Arba was the cause of her death. The reason the town was mentioned and was so named is to tell us that it was built on the four basic elements. Death normally implies a departure from, or disintegration of, the four basic elements that a body is composed of. When the Torah adds that “Kiryat Arba” is also known as Hebron, this is meant to be an illusion to the word “habor” – something that is joined together. The message is that when the righteous ‘die’, this is not to be viewed as a process of disintegration. The righteous are still called “alive” even when they have ceased to function in regular bodies on this earth. Maimonides illustrates this somewhat in the fourth chapter of Hilchot Yesodei Torah, where he describes that one element is capable of becoming transformed into another element, which was similar to it, i.e. earth can be transformed into water. When man cleaves to God, all his elements become transformed into fire, the element, which forms the basis of the soul.  The Torah adds the apparently superfluous words “in the land of Canaan.” This is an allusion to the fact that this present world is called ‘The Land of Canaan”, a simile for the evil inclination or Satan. This is so because the existence of Satan is the incentive for us to overcome him and to attain holiness and sanctity (Zohar 1:80).

Eliezer, Abraham’s trusted servant, is sent on a mission to find a wife for Isaac. He meets Rebeccah and knows that she will become Isaac’s wife, as she passes all the required tests. When Eliezer goes in to meet the family, he states the following: “I am a slave of Abraham” (Genesis 24:34). The Alshekh comments that Eliezer wanted to forestall enquiries as to why Abraham or Isaac had not come personally on such an important errand. He also wanted to reassure them concerning the age difference between Isaac and Rebeccah. By pointing out that though he held a high position, he was still a slave, he made them aware of the great stature of his master. It would not be dignified for someone of his master’s stature to come PERSONALLY on such an errand. Therefore, he mentioned something about Abraham’s great wealth. By explaining the circumstances of Isaac’s birth, he assured them that Isaac was not blemished and suffered no disability. The fact that Isaac had not come himself was not because he had something to hide. He also wanted Rebeccah’s family to know that Isaac would be the sole heir of all his wealth. If Isaac had waited this long to get married, it was not for lack of willing partners, but because Abraham did not want Canaanite blood in his family. He wanted it understood that this was the ONLY objection of the local girls, but that Eliezer would be free to choose anywhere but in the land of Canaan, even if such a girl were not related to Abraham. Concerning their possible reservations about entrusting Rebeccah to him, a mere slave, Abraham had assured him that God would send an angel to precede him on his mission. He relates how such prediction had indeed been fulfilled at the well. Also, he had covered the distance in a single day; further proof of Divine assistance (“I arrived this day”). When relating the test he had decided on at the well, he changes the details so as not to give the impression that ANY girl who would offer him water had a chance to become Isaac’s wife. This is why he refers to almah, a young lady of a good family.