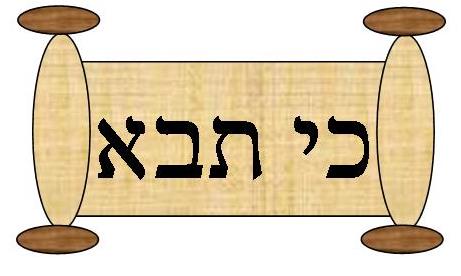 The first eleven verses of this parshah deal with the laws surrounding the first fruits and the acknowledgement of Divine Providence. It reminds the Israelites that God saved them and fed them in the desert, and they in turn have to be thankful, and donate the first fruits to God. With regard to what happened to the Israelites and the hands of the Egyptians, the Torah states

“And the Egyptians dealt ill with us and afflicted us” (Deuteronomy 26:6). The Or Hachayim says that what this verse describes is the utter inability of the victim (Israelites) to resist their attacker (Egyptians) anymore. Figuratively speaking, he sees this as an attack of the evil inclination on people. He relates an interesting story involving this point in Kiddushim 81, involving Rabbi Amram, who was well known as Rabbi Amram the Pious. Some female prisoners from the Rabbi’s town of Nephardes had been rescued from their captors by men of his town, and entrusted their care to Rabbi Amram. The Rabbi provided accommodations for them in second floor of his house, and removed the staircase leading to the upper floor as a precaution to protect the chastity of these girls or women. It happened that when of the girls passed the space near where the ladder used to stand, Rabbi Amram experienced a sudden shaft of light which he considered as due to the physical beauty of that girl. This caused the evil spirit within him to be aroused to the point where he tried to put the ladder back in place. Although the ladder was far too heavy for one man to carry, his urge was so strong that he managed it. At the last moment before completing the climbing of the ladder, he was able to shout for help exclaiming that there was a fire in the house, which needed to be extinguished. Naturally, the townspeople, including the local scholars, came to help, and when they became aware of the true state of affairs, they chided Rabbi Amram for embarrassing them in such a way. Rabbi Amram retorted that it was better both for them and himself to be embarrassed before their peers on earth rather than be embarrassed after his departure from earth in the celestial regions in front of all the righteous keeping company with God.

At the conclusion of the parshah, we read what the tribulations of exile will be. It states: “And the Lord shall scatter thee among the people…thou shall serve other gods which thou has not known, thou nor their fathers, even wood and stone” (Deuteronomy 28:64). Abarbanel explains that this fate of the Jews is part of the retribution of the Jews for the sins- the “tochechah”. They would be forced to serve idols, not out of conviction, but against their will, knowing it to be false and foolish. This Nechama Leibowitz adds, is a terrible fate, and punishment for having worshipped idols of their own free will in their ancestral homeland. Issac Arama, a contemporary of Abarbanel (who also lived during the time of the Spanish expulsion) finds an illusion in the Torah to his troubling times. We may possibly find an allusion in this verse to the time when thousands of Jews would change their religion as a result of suffering and persecution .Regarding this the Torah states “and among these nations, thou shalt have no repose”. For although they would assimilate among the nations, they would not find relief, since the nations would still constantly revile and denounce them as relapsed converts. We have seen this in our day (i.e. Middle ages) when a part have perished in the flames of the Inquisition, a part has fled, and yet others continue to live in fear of their lives. Indeed, as is foretold in our Scriptures, we have no rest among the nations, and our lives stand in doubt before us. We have not been so fortunate as the ten tribes who, when they were exiled, were not scattered, but were subject to a foreign yoke, as one people in Assyria and Babylon