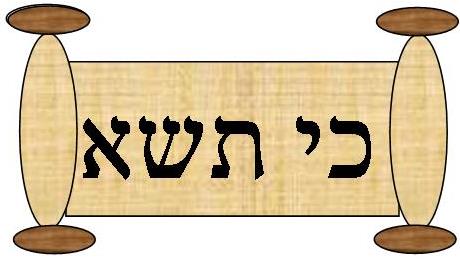 In this week’s parshah, we read of the interminable sin of the Israelites with their construction of the Golden Calf. Much work and study has gone into exploring this act, and we will look at some of the commentaries surrounding this issue, and what, in actuality, was the Israelites’ sin.

Judah Halevi explores this issue and states that the Israelites’ offence lay in the fashioning of an image which had been forbidden to them, and in attributing Divine sanctity to the product of their own desires and hands without being commanded to do so by God. In extenuation of their sin, Halevi explains that we should remember the lack of unanimity that preceded it and the fact that the worshippers of the Golden Calf constituted only 3,000 out of a mass of 600,000 persons. However, the excuse of the leaders who helped in fashioning the Golden Calf was that they did so for the purpose of distinguishing between the believer and disbeliever in order to put to death those caught actually worshipping it. Their culpability lay in leading the rebellion from the realm of thought into that of deed. Judah Halevi also attempts to analyze the role of Aaron in this whole ordeal, for as we know, he is considered blameworthy and was punished in connection to this sin. Halevi believes that the sin of the Israelites did not constitute a total repudiation of the service of He that brought them out of Egypt, but was rather a partial repudiation of some of God’s commands. The Almighty had warned them against making images, and they had made one instead of waiting. They themselves had no right to determine the mode of worship and make an altar and sacrifices in accordance with it. Their conduct can be compared to the parable of the fool who entered the doctor’s dispensary and himself prescribed the drugs, thereby killing the patients who would have been saved by being given the proper doses by the doctor himself. The people did not intend to commit idolatry but imagined that they were striving to worship the true God. For this reason, they applied to Aaron to translate their strivings into reality.  Their sin seems much more serious today because few indulge in actual worship of images as they did in those days. If instead they had built a house of worship to suit their own wishes, it would not have seemed so serious to us since we are accustomed today to build our own houses of worship and even maintain that the Divine presence rests on them. Were it not for the necessity in exile of keeping the community together, this conduct of ours would be forbidden just as it was in the days of the kings when they denounced those who made their own private places of worship which were called ‘high places’. Pious kings tore them down in order to preserve the uniqueness of the house which God himself had chosen. In those days, images were not in themselves forbidden. As we may note from the Divine command to make the cherubim. Despite all this, and the death punishment of the 3,000 sinners, the manna did not stop, the pillar of fire continued to lead them, and the prophetic spirit persisted in their midst. The only thing that they were deprived of was the two tablets, which Moses broke and interceded with God to restore. These were restored, and that iniquity was expiated.

Nechama Leibowitz helps to clarify Halevi’s outlook and states that he maintains the legitimacy of the cherubim and the forbidden nature of the Golden Calf, which was derived solely from the express command of God Himself. Images were not in themselves reprehensible. The calf was forbidden because it was not made at the bidding of the Almighty. The cherubim were permitted because they were made in accordance with His wish. Man must not arbitrarily make his own laws, and create his own ritual. This must be determined strictly in accordance with Divine wishes.

One may question how the Israelites, who had heard the word of God himself, transgressed the command of making a graven image, and as a result, had to wander in the desert for 40 years. Rambam, in his Guide for the Perplexed, explains: It is not in the nature of man reared in slavery, in bricks and straw and the like, to wash his hands, as it were, of their dirt and suddenly rise up and fight with the progeny of Anak (the giants of Canaan).  God, in his wisdom, contrived that the Israelites wander in the wilderness until they had become schooled in courage, since it is well known that physical hardships toughen and the converse produces faintheartedness. A new generation was born which had not been accustomed to slavery and degradation. Leibowitz interjects that we therefore should not be astonished that the generation that had heard the voice of the living God and had received the commandment “thou shalt not make other gods besides Me” descended to the making of the Golden calf forty days later. One single religious experience, however profound, was not capable of changing the people from idol worshippers into monotheists.