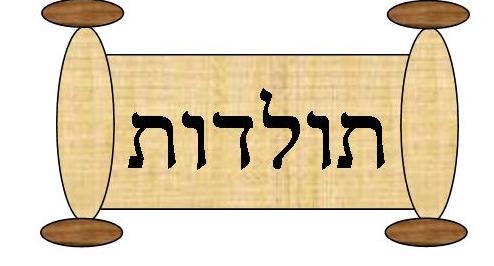 The Torah states: “Jacob was an ‘Ish tam’ (straight person) who sat in tents (of study)” (Genesis 25:27) what do we learn from the fact that Jacob was an “Ish tam”? Rashi defines the word “tam” as a person who is not skilled in deceiving others. As is his heart, so are his words. Jacob was not called a “tam,” but an “Ish Tam.” That is, he was a master over the trait of being a “tam.” He was totally honest, a man of great integrity. However, in those situations when it was appropriate to use cunning strategy to accomplish something, he was able to do so.

The Rebbi from Lublin teaches that a person needs to be the master over all of his traits and appropriately use them. As the Sages say, “Whoever is compassionate when he should be cruel will eventually be cruel when he should be compassionate.” If a person fails to apply so-called negative traits in their proper times, he will end up applying them when it is wrong to do so.

After Avraham died, Jacob cooked lentil soup as a sign of mourning. Esau came from the field, saw the soup and said, “… please, pour for me from this red thing” (Genesis 25:30). Later in the Torah portion (27:22) the commentator, Rashi, mentions that Jacob always spoke politely and used the word “please.” Esau, however, always spoke in a rough manner to his father. What can we learn from the fact that he was polite in this conversation?

Rabbi Zelig Pliskin explains: Even though Esau excelled in honoring his father, he still spoke to him in an insolent and arrogant manner. We see here that when Esau had a desire for food, he spoke in a respectful manner and used the term ‘na’, “please”. This is the manner of people with faulty traits. Even though they constantly talk with chutzpah, when it comes to manipulating someone to fulfill their desire, they speak softly and humbly.

When Yitzchak found out that he gave the blessings to Yaakov and not to Esau as he thought he had, the Torah tells us: “Yitzhak trembled greatly” (Genesis 27:33). Why did Yitzhak tremble so much? Rabbi Chaim Shmuelevitz, the late Rosh HaYeshiva of Mir, cited the Sages who stated that Yitzhak experienced greater fear and anxiety at this moment than he did at the akaidah, when he was brought up as a sacrifice by his father, Avraham. There he was bound and ready to be killed with a sharp blade. From here we see, said Rav Chaim that the realization that one made a mistake is the greatest of pains. This was not a onetime mistake. Rather, Yitzhak realized that all the years he thought Esau was more deserving than Yaakov he was in error. The anxiety experienced in the awareness of error is a powerfully painful emotion.