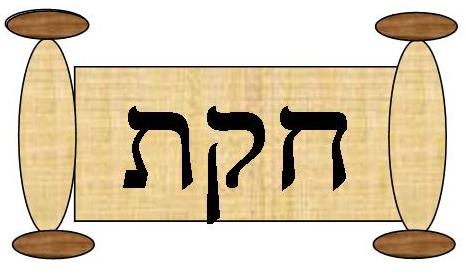 The Torah states the following: “The Children of Israel, the whole community, arrived in the desert of Tzin in the first month and the people settled in Kadesh. Miriam died there and was buried there.” (Numbers, 20:1). There are many questions that need to be answered from this seemingly simple verse such as: Why does the Torah tell us what month the Israelites arrived – not usually found when the Torah reports arrivals; Why did the Torah emphasize that the whole congregation arrived?; Why did Miriam’s burial have to be mentioned and later on the absence of water as affecting the entire congregation? Torat Moshe explains that our sages say that Moses and Aaron were busy with the funeral arrangements for Miriam, when they saw a multitude approaching. Moses was somewhat nonplussed, but Aaron felt that the people had surely come to pay their last respects to Miriam. Moses did not think so, for that if Aaron had been correct, the people would have approached in an orderly procession. The confused mob approaching suggested to Moses that these people had something to complain about. When the people overheard this, they quarreled with Moses, and left Aaron out of it.  In fact, they should have paid their respects to Miriam for a variety of reasons, not the least of it the fact that they had enjoyed a water supply for 40 years due to her merit. It was due to their indifference that God let it come to a critical situation. Should one argue that the people had been unaware that their water supply had been due to Miriam’s merit, God had stopped the supply IMMEDIATELY when Miriam had died, to bring home this lesson to the people who had either not known or had pretended not to know. Mention of their arrival in the desert, and the date, is to tell us that lack of water was not due to the natural habitat, nor to the time of year. At winter’s end, there is plenty of moisture remaining from the rainy season. Neither was the absence of water due to unfriendly terrain, since the people had settled there – in Kadesh – obviously a place fit for habitation. Water disappeared ONLY with the death of Miriam. This proved that the death of the righteous woman had caused the absence of water. The congregation was denied water now, because they had neglected to give water to Miriam after her death.

The red heifer plays a central role in the process of purifying someone who becomes “tamei”, i.e., spiritually tainted. A Jew becomes tamei when he or she comes into contact with a corpse, and as long as you are tamei you may not enter the Holy Temple in Jerusalem (Bamidbar 19:13,21). However, this condition is treatable. A red heifer is slaughtered and burned, and its ashes are used to create a mystical potion with purifying powers. A Kohen sprinkles the contaminated Jew with the red heifer ash mixture and the Jew then returns to a normal state of tahara, i.e. spiritual purity (19:1-12). (Obviously, these laws have been out of use ever since the destruction of the Second Temple in 70 CE.) This procedure is hard enough to understand, but here’s the clincher: The Kohen who administers the sprinkling becomes tamei! The very same process that purifies the contaminated Jew contaminates the Kohen (19:21). Several great medieval rabbis independently compiled listings of the 613 biblical mitzvot.  But the most innovative of these works is undoubtedly the Chinuch (anonymous, 13th century).  Besides the basic listing, the Chinuch also speculates about the meaning and purpose of every mitzvah.  This makes for a fascinating blend of law, ethics, and philosophy. When it comes to the red heifer, however, the Chinuch throws in the towel. “Although my heart emboldened me to write hints of the reasons for the other mitzvot… when it comes to this mitzvah my hand goes weak and I am frightened to open my mouth about it at all. For I have seen how our sages of blessed memory wrote at length of its deep mysteries and the vastness of its theme…” (Chinuch, mitzvah 397). Rabbi Yaakov Kamanetzky (1891-1986) questions the Chinuch’s nervous reaction to the red heifer. The Chinuch knew that all mitzvot are ultimately beyond our understanding. Mortals can’t expect to fathom the myriad of divine reasons for mitzvot. Although we certainly do appreciate the beauty and relevance of every mitzvah, we need to remember that we are only dipping beneath the surface of great depths of meaning. As the Chinuch himself admits, his explanations of the mitzvot are no more than surface level interpretations. He never claimed that his suggestions were all there is to it. So why won’t the Chinuch provide us with some insights into the red heifer? If he managed to supply a reason or a message for each of 612 other mitzvot in the Torah, why not finish the job? Rabbi Kamanetzky explains that the Chinuch did not at all give up when it came to the red heifer. He indeed does reveal its message. The red heifer’s message is the very fact that it is completely unknowable. This is a fundamental principle for all of Torah. There comes a point with every mitzvah where we must recognize that our human minds are limited. There is more to this world than we can ever know. There is a spiritual reality.