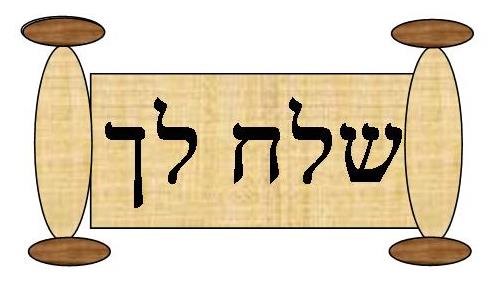 “We felt like tiny grasshoppers, and that’s how we appeared to them!”

With this comment the spies ended their slanderous and dispiriting report about the land of Israel and its inhabitants.  This statement speaks volumes about why they were afraid to continue their destiny to inherit the land.

The spies had no contact with the locals.  The Torah records them traveling through the land, collecting a bit of fruit, sizing up the cities and lay of the land and assessing the population.  Nowhere is there any indication of conflict or even contact.  The Midrash teaches that the residents were preoccupied with their own doings and paid no mind to the small group of travelers.

If that is the case, then how could the Israelites know how they appeared to the Canaanites?  What made them think that the residents saw them as grasshoppers?

Rabbi Efraim Davidson comments:  It is simply because that is how they saw themselves.  “We felt like tiny grasshoppers.” As former slaves their view of themselves was as small and powerless.  That led them to project those feelings and perceptions upon the Canaanites.  “And that’s how we appeared to them.” They thought of themselves as weak, and therefore they were. They thus paralyzed themselves into fearful rebellion and retreat.  They forgot that it was God who fought for them against Egypt, and who would insure their victory in Israel.

Have you ever faced a challenge and withered, feeling that you were too small or weak to succeed?  It is possible that your own self-doubt, rather than the challenge itself, kept you from succeeding.  We have enormous power to do great things.  We are not too weak to make a hard marriage better.  We are not so puny that we can’t retrain ourselves toward a more lucrative career.  We are not so powerless over our own character that we can’t become spiritually elevated and highly ethical people. If you think of yourself as weak, you certainly will be.  However, if you see yourself as capable and strong, and you think big, you can accomplish great things for yourself and for those around you.

There is a Midrash that imagines God responding to the spies: “I take no objection to your saying, ‘we looked like grasshoppers to ourselves.’ But I take offense when you say ‘so we must have looked to them.’ How do you know how I made you look to them? Perhaps you appeared to them as an angel!”

Rabbi Salomon Gruenwald explains: “You see, according to the Midrash, God did not punish the spies for their fear. After all, you can’t blame someone for how they honestly feel. What God objected to was how the spies saw themselves through the eyes of the Canaanites. Their sin was to project their fears and insecurities onto others. Their sin is was taking responsibility for their fears. And it occurs to me – thinking about the parashah in this way – which we are all at times guilty of this sin. Often when we are afraid or unhappy we blame others for how we feel. Perhaps it is too painful to confront our own fears and shortcomings. So we project those feeling onto others – we blame others for our feelings or we convince ourselves that it is only others who stand in the way of our success and happiness. I don’t mean to say that our fears are baseless or imaginary. Like the spies, our assessment may be factually correct. And I also don’t think that we should beat ourselves up for what we feel. After all, the spies were not condemned for their fear or self-doubt. The sin of which we are guilty – the sin of the spies – is the sin of lacking vision. It is a failure of imagination that leads us to blame others for our shortcomings. It is the failure to see possibilities in the midst of great challenges.” 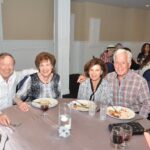